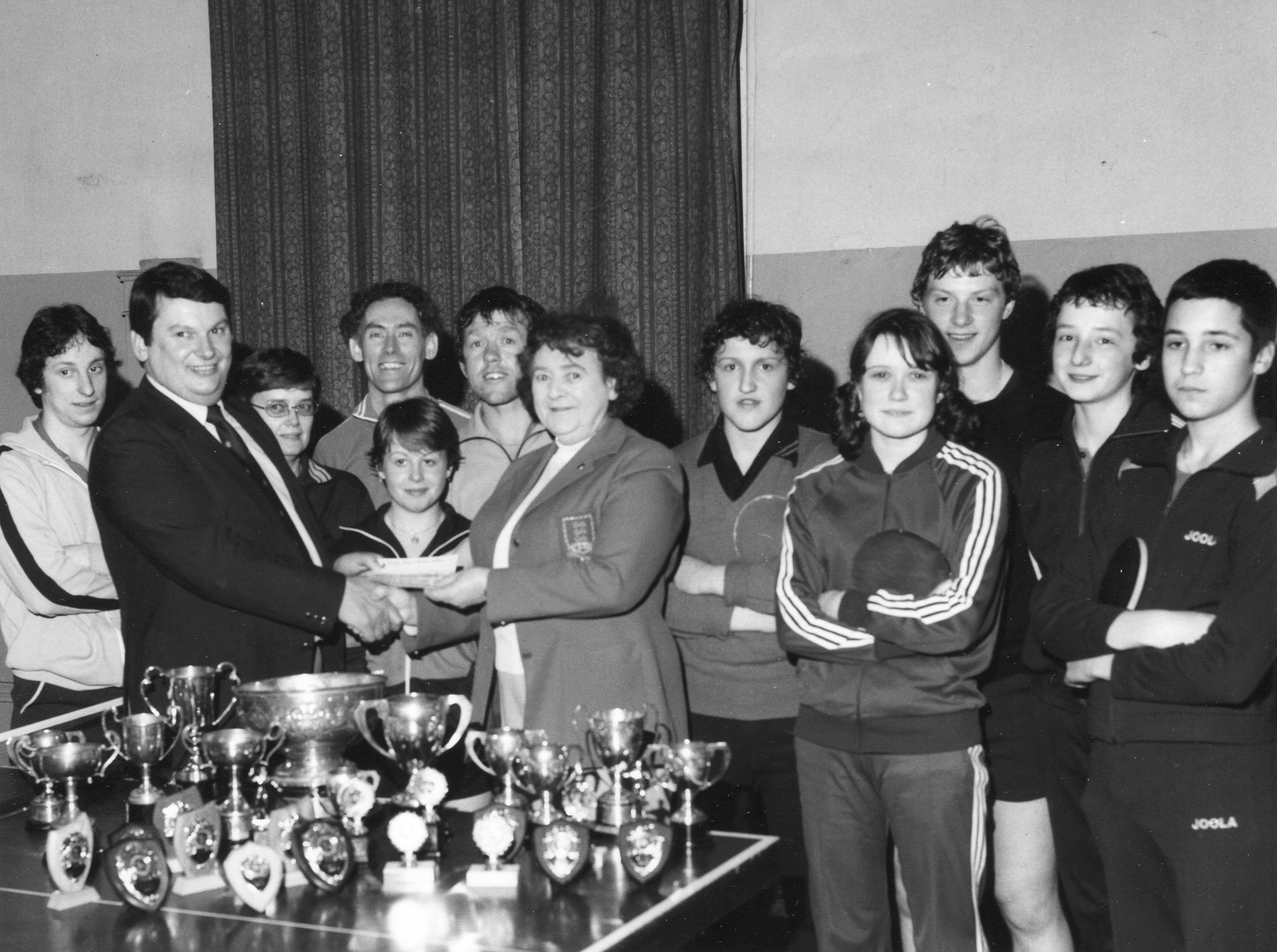 As I will be at the Bristol GP this weekend, I thought I would have a bit of West Country flavour to this week’s pictures – plus two from the Birmingham area for the older Brummies to look at.

Please send any responses to me at [email protected]

Back Row: all unknown.

Photo 3 – sent in by John Ruderham

Players: All probably from Exeter.

John has identified the players in bold and I have added the names of the italicised players. At this time Exeter was an exceptionally strong league. Ron Litten and Charlie Dawes were England Internationals and the ladies went one further. Dora Beregi (Mrs Devenney) won two World Championship medals and Elizabeth Blackbourn, one. Joan Brock (Mrs Crosby) reached two World Championship finals and along with Elizabeth Blackbourn was the winner of the first ever J M Rose Bowl competition in 1939.

Occasion: It looks like a gala dinner for the Birmingham League (I could be wrong) as there are no clues as to the occasion, date or venue.

Two people are recognisable, Maurice Goldstein, second left, and Adrian Haydon, far right – both on the front row. The Haydons were a true table tennis family of exceptional talent. Adrian played in no fewer than 17 World Championships between 1928 and 1953 and was Non-Playing Captain of the winning Swaythling Cup team in 1953. His sister, Marjorie Haydon (Mrs Maisey), was also an England International. Adrian’s wife, Miss Doris Jordan, became an England International too and reached world No 8.

The next generation saw Adrian and Doris’s daughter, Ann (later Mrs Pip Jones of tennis fame), reach world No 2. Ann won team silver at the World Championships in 1956 and bronze in 1954 and 1955 with very creditable fourth places in 1957 and 1959. 1957 was the year Ann reached all three finals at the World Championships but was unable to convert any medal into gold. The following year, however, she was a member of the winning team in the first European Championships.

Photo 5 – sent in by Jose Ransome

People: The two ladies in the centre are Pam Mortimer (Warwickshire and England) and Pat Baird (Warwickshire) .

Additional information:  I think it must have been a Birmingham City or Nomads team.

A good response this week from many different sources so my thanks to all who have contributed in helping to identify players, coaches etc. All photos are from the final weekend of the 1994/1995 Junior British League season held at Andover Leisure Centre, Hampshire, in April 1995.

There is an article covering the event in Issue 231 of Table Tennis News, March/April 1995.

Stiga Fellowes Cranleigh (Girls Premier Winners – equal points with BFL Grove A but winning by one set on count back).

Lindsey Thornton (Mrs Reynolds) – England International who played in the World Championships in 1997 and on the India Tour in 2009. At the National Championships, Lindsey reached the quarter-finals of the Women’s Singles on five occasions. In the Women’s Doubles she was runner-up in 2006 with Linda Radford (March) and in 2008 with Abigail Embling, and semi-finalist in 2010 and 2011 with Hannah Hicks. The Mixed Doubles saw three semi-finals, with Gareth Herbert in 2003, Gavin Evans in 2008 and Danny Reed in 2010.

Chris Byrom and Tony Chatwin with players from the squad of Tom Orlick, Graham Long, Leigh Iles and Brian Smith.

Chris Byrom and Tony Chatwin with players from the squad of Kevin Doyle, Robert Abbott, Harry McCarney and Martin Simms.

Chris Byrom and Tony Chatwin with Coach Derrick Marples and the middle player could be Jason Bamford.

Previous articles in the Friday Photos series can be found in the Our Sport section of this website.