The schedule for the PG Mutual National Championships has been revealed, with at least one final on each of the three days of competition at the David Ross Sports Village in Nottingham. 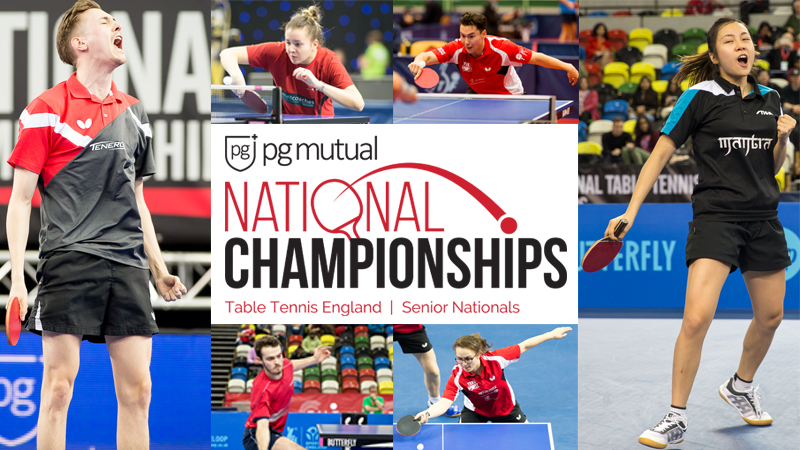 The schedule for the PG Mutual National Championships has been revealed, with at least one final on each of the three days of competition at the David Ross Sports Village in Nottingham.

The Under-21 events and the Mixed Doubles form the showpiece occasions of Day One on Friday March 1, with both competitions to be played to a finish.

The Under-21s start at 9am, with the two finals scheduled to be played at 1.45pm, followed by the presentations. The Men’s and Women’s Singles then get under way with the group stages at 2.30pm.

The Mixed Doubles first round is at 6pm, followed by the subsequent rounds building up to conclusion of the day’s entertainment with the final at 8.30pm.

Saturday March 2 sees a high-class Para field take to the courts, beginning with group matches from 10am and building up to the final at 4.15pm.

Also on Day Two, the Men’s and Women’s Doubles start from 9am; the Women’s Singles first round is from 11am and the first knockout round of the Men’s Singles is at noon. The day also features the singles quarter-finals and ends with the doubles semi-finals, due on court at 5pm.

Both Friday and Saturday’s action will be across six tables, including a show court which will be live-streamed.

Day Three on the Sunday is all about the big arena as only the show court is in use and extra seating is moved in. The day starts at 10am with the first Women’s Singles semi-final.

From 1pm, it is finals all the way at the top of every hour, starting with the Women’s Doubles and finishing at 4pm with the Men’s Singles. The individual presentations will follow each final.

The full schedule is: