Friday Photos No 14: Help us to fill in the gaps 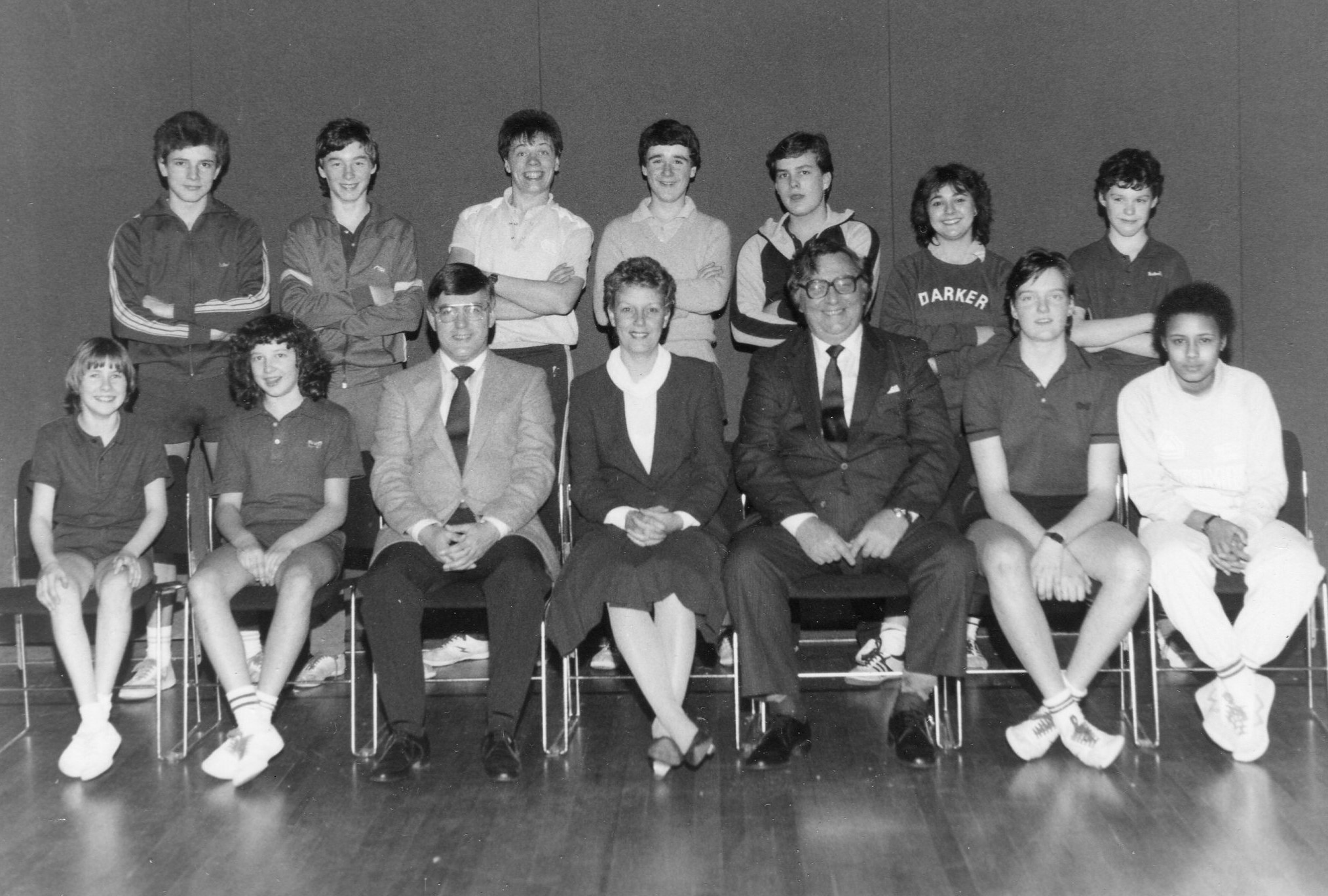 Here is our latest batch of photos – can you identify any of the individuals or fill in the missing information?

Please contact me on [email protected] if you can help.

Marked on the back as Lancashire Junior Open. No date or venue. Jill Hammersley (Parker) is in centre front and it looks like Andrea Holt (second left, front row) and Joanne Shaw (far right, front row). Can you name any of the missing players, date and venue?

Marked as the Winners of the Norman Cook Memorial Trophy in the ETTA National Schools Competition 1968.

Tom Blunn is presenting the trophy. Can you identify the players, date, venue and age category of the winners?

Marked as Mallory School 1967. Can anyone help with any more information on event, date, venue and players?

Thanks for the responses this week, not so many as usual partly due to attention being on the Cadet and Junior National Championship reports on the website. For those who did respond, many thanks. Additional information is welcome at any time.

Alison Gordon (Mrs John Broe): Alison was one of the dominant players in the 1980s and 1990s, making over 500 England appearances over a 20-year span. She was England No 1 for quite some time and reached No 13 at European level. Alison played in five World Championships with her most successful year being 1985, when the England Women’s team finished ninth. Alison also became an Olympian at the Games in Barcelona, one of the very few English female players to ever qualify to play in the Olympics. In 1991 at the World Team Cup Alison finished in ninth position.

Seven European Championship appearances resulted in fourth position in the team event in 1984, 1994 and 1996 and Alison made further European representation in over 50 European League matches. At the Commonwealth Championships, team gold was achieved in 1982 and 1985 and silver in 1989, 1994 and 1995.  A further gold medal was added in 1985 in the Mixed Doubles with Desmond Douglas and silver in the Women’s Singles in 1982. On home territory at the English Open Alison was twice crowned champion – in the Women’s Doubles in 1982 with Joy Grundy and 1986 in the Mixed Doubles with Desmond Douglas.

At our own National Championships, Alison achieved great success: Women’s Singles champion in 1984, 1988, 1992, 1996 and runner-up in 1989 and 1995. Women’s Doubles saw two further gold medals in 1984 with fellow Berkshire player, Mandy Sainsbury, and 1996 with Nicola Deaton. The Mixed Doubles added one more gold to the tally in 1985 with Graham Sandley.

Alison continued her involvement with table tennis, becoming a World Class Performance Coach and worked for the ETTA as the Southern Regional Coach for some time, she also gained her UKCC Level 3 in 2010. A remarkable career in the English game.

Jackie Bellinger: An English international from Bedfordshire who played in two World Championships, 1983 and 1985, where the England team finished seventh and ninth respectively. At the Commonwealth Championships in 1983 Jackie was a member of the team which finished third in the Women’s Team event.

At the National Championships Jackie was runner-up in the Women’s Singles to her sister Lisa. However, partnered with Lisa in 1985 and 1987 the two became National champions in the Women’s Doubles and were semi-finalists in 1982, 1984 and 1986. A similar placing was gained in the Mixed Doubles with Adrian Moore in 1984.