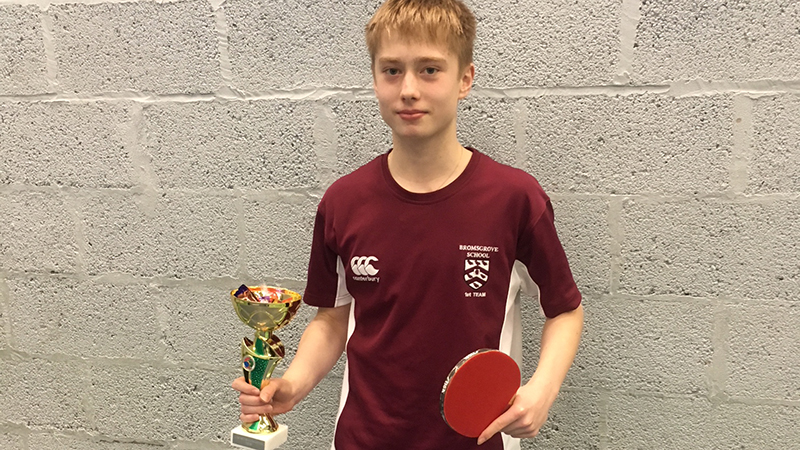 The U16 girls event pitched Beth Pye of Bredon Hill Academy, Evesham against four girls from Bromsgrove School. Pye had missed the U13 competition the week before due to illness and was allowed to take a place against the older girls. She displayed great determination and played some brilliant table tennis to win all of her matches.
Winner: Beth Pye Second – Aida Abrahim Third – Saki Tsubuchi

Beth Pye’s super performance throughout the day earned her the trophy for Player of the Tournament.