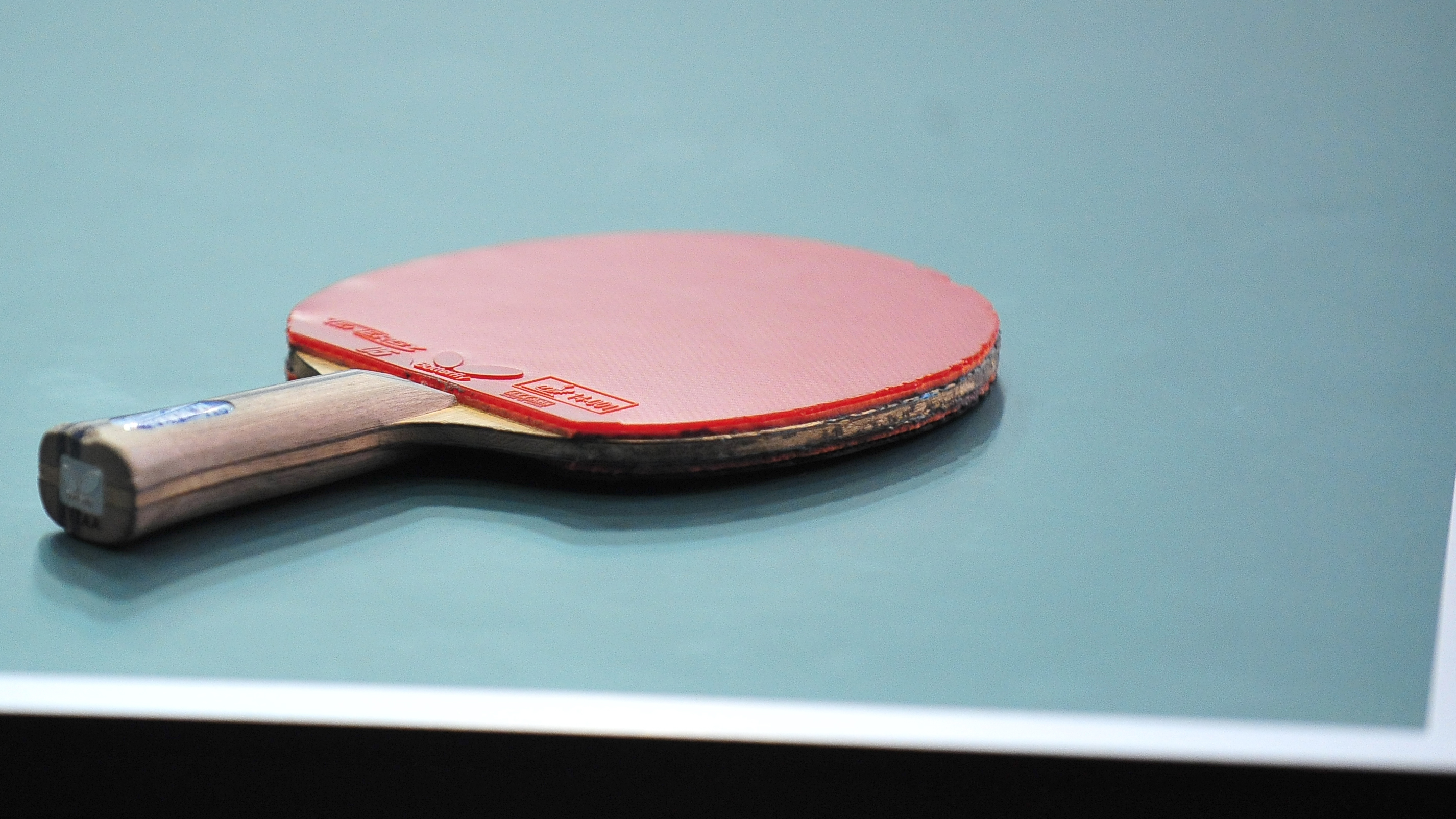 Tough going this week for leaders MK Spinners in their match with 4th placed club-mates Sasaki before the title favourites sealed a hard fought victory 6-4. All but one of the opening 5 sets went to 11-9 in the 5th with each side winning 2 a-piece. The exception was an easy win for Jecu Aurelian over Michael Wilkins, the only straight games result on the scorecard, although Michael bounced back strongly to take his other sets against Tim Cheek and Gary Jones. The match stood at 4-4 when Tim came up against Nicolas Wong who was looking for his hat-trick with 2 wins already under his belt already. But it wasn’t to be as Tim sailed through, allowing his fellow defender Jecu to wrap up the match in the final set, which he duly did when beating William Kit Liang, who remained winless on the night. Great match all round.

Back to back wins for the ever improving Greenleys Kings saw the current champions now level on points with Sasaki. Last time Kings played revered stable mates Monarchs they were crushed 9-1, so to turn that around with a 7-3 win was a big result for them. Hero of the piece was Guy Sparrow, capable of beating anyone on his day and this was one of those days, with a brilliant first hat-trick this campaign. After taking out Dave Beddall and Martin Hall for the loss of only one game, he faced the equally in-form Tomek Nowakowski, also with 2 wins under his belt and just a single game lost, in the night’s penultimate clash. A mini classic ensued but there was no denying Guy, who cruised through the deciding game after Tomek had pulled him back to level the set. It’s not often that skipper Nick Howard slips to the bottom of the Kings’ pecking order but he was also outshone here by Iain Lindsay, who emulated Guy in choosing this match to put in his best performance of the season, with a good couple of wins (to Nick’s solitary success). It was left to Dave Beddall to pick up Monarchs’ other point, leaving a no doubt baffled Martin Hall to go home winless.

A draw with Greenleys Warriors proved a great result for struggling MK Pumas as it lifted them off the bottom, although it might have been more with Chris Belton losing to Darren Ward after holding a match point in the third game as well as taking a 4-1 lead in the decider before falling foul of some unlucky ‘net’ returns. Team-mate Hakan Karaagac hit a sparkling treble though and with Chris and Andy Smith also beating Dan Englander, playing up from Div 1, an equal share of the points was ensured. Ricky Taiwo joined Darren on 2 wins for Warriors and together they won the doubles, crucial as always in these tight matches.

Player of the week : Guy Sparrow

DIVISION 1
TOPSPIN BACK IN CONTENTION

Leaders MK Phoenix triumphed over Open University Primes, coming through safely after a mid match scare in which Primes rattled off 3 wins in as many sets, bringing them back in contention when seemingly down and out at 5-0 down. Primes beat Phoenix last time out and looked set to cause them trouble again but Mervyn Phillips was there to steady their rocking ship and see off Charity Wong in the 9th set, sealing the match win and denying Primes a ‘what might have been’ finish with Patrick Wong taking Gerald Ridgway to 11-9 in the 5th in the final set. Unlucky Patrick had earlier lost 12-10 in the 5th to Terry Lau, although at least he was able to beat Mervyn Phillips in between. So, a solid performance by the Phoenix trio with a brace all round with Andy Tan notching up 2 wins himself for Primes.

Greenleys Glory regular Jacob Midson must have been thrilled by the efforts expended by his Division 3 substitutes Saravana Kuma and Gary Viner to force a draw with 2nd placed MK Powers. Powers’ main man Minesh Pitamber recorded his usual hat-trick, all straight wins too which elevated him to the top of the averages where he’ll be hard to shift. However Powers could only muster a further 2 sets with Clare Styles and Keith Carrington both beating Gary. This left the way clear for Jacob and Saravana to sweep up Glory’s 5 wins between them with 2 each plus the doubles. Appropriately Saravana was afforded the starring role for his side with a comfortable straight games win over Keith in the final set to clinch a share of the spoils.

MK Topspin are back in the hunt for honours after disposing of 3rd placed Leighton Buzzard Avengers 8-2 this week. Topspin were thrilled to parade their big January window signing Tanmay Tijare and he did not disappoint with 2 wins to his name. But it was Topspin stalwart Mervyn Kelly who stole the show with a brilliant hat-trick, his first for 8 matches. Skipper Russell Penn put in a strong performance too, especially when saving 4 match points against Bernie Raffe. No doubt Avengers may consider themselves a tad hard done by to lose that one as well as 3 others that went to a decider with more match points squandered. In fact it wasn’t until the last set of the night that any contest was settled in straight games. Alex Du Noyer picked up the 2 Avenger wins with Richard Hardy completing their line-up.

The bottom pair met this week with 7th placed MK Hit ‘n’ Hope coming through 7-3 against Chackmore Hasbeens. What a season Hope’s Ivor Howard is enjoying, with a second successive win over Bub Burman here to add to his already impressive list of victories. Could he be a surprise candidate for the end of term ‘top 8’ tournament come May time? Team-mates Marco Hahn and Paul Tompkins picked up a pair each in support to complete their scoring while Andy and Chris Whitehead remained winless for Hasbeens. As always though, Hasbeen’s won the doubles (with still only Phoenix having beaten them this season).

Player of the week : Ivor Howard