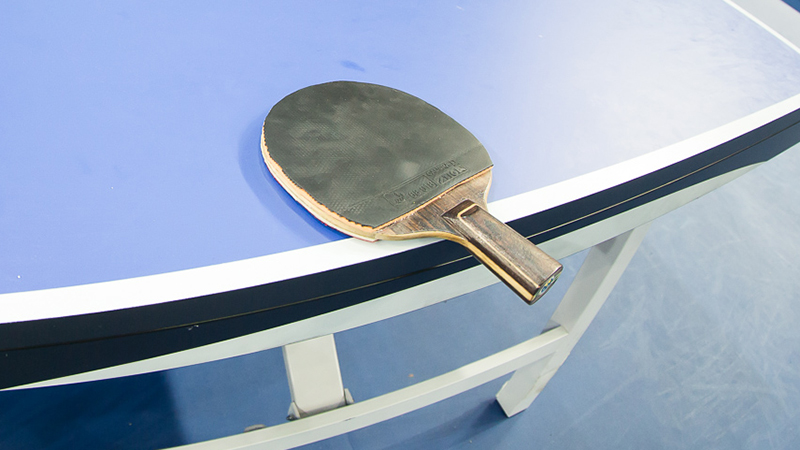 The much awaited top of the table meeting between MK Sasaki and Greenleys Kings saw the leaders crashing to their first defeat of the season 6-4 at the hands of the Kingsmen. Chief architect of the Kings victory was, as on so many previous occasions, skipper Nick Howard who scored a stunning maximum over Michael Wilkins, Jamie Hendy and James George. Along the way in a long match Guy Sparrow beat Jamie and the indomitable doubles partnership between these two came up trumps once again. But it was left to Matt Horrocks to strike the killer blow with a 10th set win over Michael. Amazing match.

Greenleys Warriors were caught out last season by a, then, new regulation that barred players ‘playing up’ against the same opposition more than once (it’s in capital letters in the handbook). This week they benefited from the same regulation, which turned an ‘on the table’ defeat into a draw once the set won by the ’ offending’ player, Sarah Hudson, had been discounted. Warriors turned out a lower division man themselves in Cardinals’ Dan Englander, who remained winless, leaving Ricky Taiwo and Colin Huang to beat Mark Purcell to claim a draw. Dave Allison kept up his recent good form for a maximum.

Reigning champions MK Spinners are currently struggling in bottom place so the last thing they needed right now was to come up against Greenleys Monarchs’ strongest side of the season without their own star-man Alan Cherry in residence. A whitewash looked ‘on the cards’ and so it proved for debutant Bogdan Boghi, Dakshininamoorthy Thopay and Dan Appanna. “Different class” was Spinners’ Neil Massa’s succinct post match verdict. The closest Spinners came to an upset was the match point held by Tim Cheek over Dakshin in a 16-14 5th game defeat. Gary Jones was Spinners other player.

Player of the week is Nick Howard.

Long term leaders MK Topspin took the short trip to Greenleys Glory and featured in a feisty draw, coming form 2-5 down for a share of the spoils. I hit a hat-trick but had to wait to late into the match before team-mates Russell Penn and Mervyn Kelly got on the score-sheet, both saving match points in tight games. Jacob Midson made a seasonal debut for Glory to beat Russell. Ian Brown scores a brace and joined Scott Dixon, himself a winner over Mervyn, for a home doubles win.

2nd placed MK Phoenix clashed with 3rd placed MK Powers in a mighty contest. Both teams wasted golden opportunities to take over the leadership in recent weeks by sending out weakened teams in crucial matches. They were both strong for this meeting, however, which Powers won 6-4 to stretch their unbeaten run to 7 matches and leapfrog their opponents in the table, 3 points behind Topspin. A brace each here for Minesh Pitamber and Iain Willcocks, a single from Sarah Hudson plus the doubles. They all found Ioan Constantin too hot to handle though and he went home with his usual hat-trick. Phoenix could only add a Terry Lau win in support. Gerald Ridgway made up the side.

Sue Lewis toppled Julie Snowdon for a first ever win against the Luton girl in Newport Pagnell Vantage’s 7-3 defeat to MK Pumas. Regular maximum for Pumas’ Andy Smith with Vantage’s other wins, courtesy of Sue and Mike Howard, coming at the expenses of Keith Carrington. Glen Davison stepped up from Division 2 to replace an unavailable Tony Ardis.

Lowly Woburn Sands Data fought out a magnificent draw with Greenleys Eagles with a sparkling hat-trick from James Molloy supported by a Rob McPheat single and a deuce in the 5th doubles win from this paring. Eagles’ Iain Lindsay and Barry Bishop both lost in straight games to James but still bagged a brace each with Dave Plumb taking the decisive set win over Dave McGarragh.

Player of the week is James Molloy.