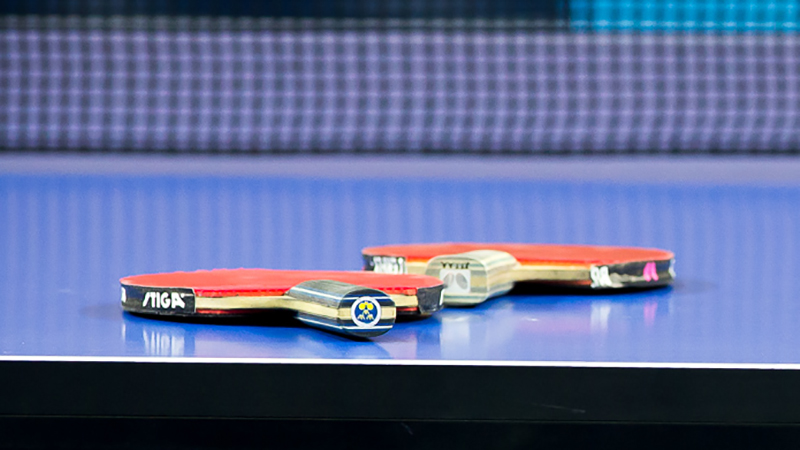 Congratulations to MK’s greatest ever player Andrew Baggaley on winning his 3rd Ping Pong World Championship on Sunday. Yet another outstanding achievement in his glittering career. Forget Greg Rutherford and Gail Emms, for me Andrew is THE sporting icon of MK. His old team Greenleys Monarchs could have used him on Tuesday as they went down 7-3 to newly promoted stable-mates Warriors. It’s been a tough debut season at this level for Warriors’ Ollie Horswell, but he came good here with his first hat-trick since the opening day of the season, winning 12-10 in the 5th twice, against Tomek Nowakowski and Dan Appanna, after a straight games win over Martin Hall. Good support was provided by a Ricky Taiwo brace and a single from Charles Philippe. Appanna picked up a brace himself for Monarchs, who are now just one point clear of their rivals.

All the scheduled League matches beat the bad weather this week as the Premier concluded it’s 3rd cycle (of 4). The transfer window also closed with no late signings, leaving both MK Spinners and MK Kingpins with the squad’s they currently have and locked in a fascinating dual to avoid bottom spot. Just 3 points separate the teams after back to back victories by Spinners has revitalised their fortunes. This week they beat Greenleys Kings 6-4 after a great team effort. While there’s no stopping Kings’ irrepressible skipper Nick Howard these days, Spinners limited their opponents to just the one more set, a Gary Deakin win, to run out worthy winners. Alan Cherry and Gary Jones got a brace each and Tim Cheek a single. Jordan Wood completed the Kings’ line-up.

Meanwhile Kingpins were losing heavily to leaders MK Sasaki. Div 1 reserve Sarah Hudson was called upon for a 3rd week running but made no impact this time following her recent successes, losing in straight games to Matt Haynes and Jamie Hendy and only taking one game from Michael Wilkins. Hat-tricks here for Matt and Jamie with Kingpins’ consolation sets coming from Mark Purcell and Dave Allison at Michael’s expense. Kingpins meet Spinners next week in what looks like being a crunch match for both sides.

Player of the week is Ollie Horswell.