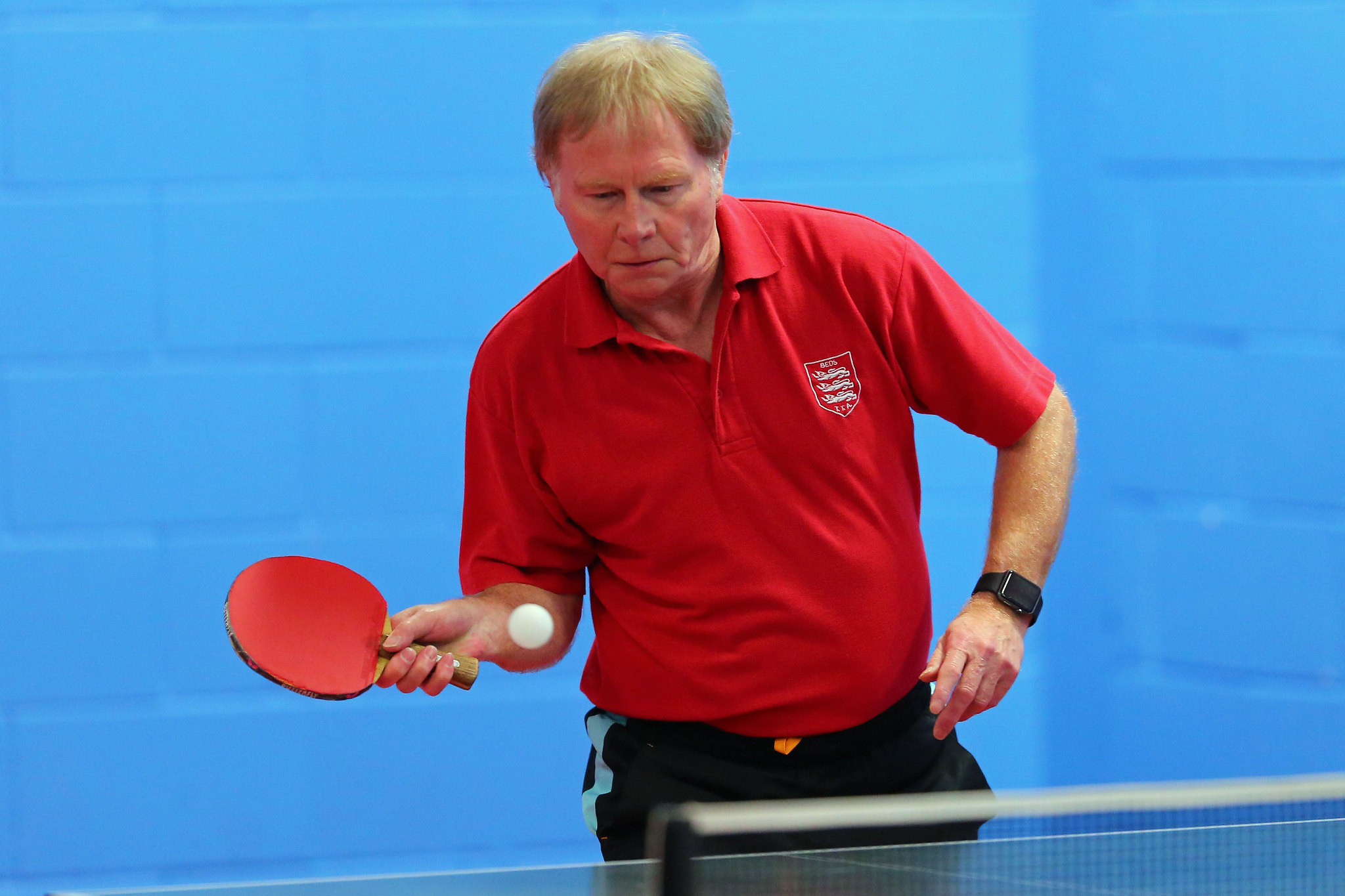 The top pair clashed this week with any lingering hopes that Greenleys Monarchs may have held of regaining the title quickly vanquished as they crashed out 9-1 to MK Spinners for the second time around to leave the perennial champions a massive 26 points ahead of their nearest rivals. Monarchs could only manage one win last time they met when they had 3 players so their chances of improving on that with a man short this time seemed remote, and so it proved, Martin Hall saving the whitewash with a lone victory over Jecu Aurelian. Alan Cherry and Tim Cheek remained unbeaten, in Alan’s case extending his winning streak to 17. Tom Nowakowski was the other Monarch.

Greenleys Kings maestro Nick Howard is gradually playing himself back to his previous high standards after his enforced lay-off and whipped through some tough opposition here in the shape of high flying colleagues Warriors. The mighty Ricky Taiwo along with ever improving Darren Ward and rusty new boy William Egbuna, coming back to the sport after 20 years away, were all dispatched in straight games in Kings impressive 6-4 victory. With Guy Sparrow showing some decent form with two good wins and Jordan Moss at last finding her touch with one, the Kings are beginning to look like the reigning champions they are. Darren had a good night for Warriors himself though with two singles wins and a share of the doubles with Ricky, who had to settle for just the one singles success this time.

Relegation strugglers MK Pumas and Leighton Buzzard Van Hire fought out their second draw of the season this week in what became a triumph for Hire’s former League champion Ian Doughty on one of his many comebacks. It’s been 36 years since the multiple times League Singles winner last lifted the crown (and surprisingly the only ex title holder to still be active in the League) but he rolled back the years with a terrific couple of wins over Andy Smith and Chris Belton, his first of the season, to support what is fast becoming the regular Biao Wang treble. Hakan Karaagac picked up 2 wins for Pumas plus a share of the doubles with Andy and Chris one each. David Broome completed the Van Hire line-up.

Van Hire are on a roll at the moment, unbeaten in 3, as during the Xmas break they managed to fulfil their outstanding fixture with Kings, abandoned from October with the score at 3-3 because of a slippery floor at Great Brickhill Parish hall. The re-run was an equally close affair with half the sets going the distance before Van Hire ran out 6-4 winners. Two wins each for Biao and Paul Haigh was topped up by a single from Fabrice Spelta plus the vital doubles set. Nick Howard and Guy Sparrow chalked up a brace each themselves for Kings.

Player of the week : Nick Howard

A productive week for the Russell Penns of the sporting world. No sooner had the manager of non League Kidderminster Harriers masterminded an amazing F.A. Cup win over Championship side Reading than his MK Topspin namesake engineered an equally unlikely win over Open University Primes. It was a welcome return to form for the Topspin skipper as his first hat-trick since the opening week of the season enabled his ailing side to pull off a surprise victory. Great backing from Mervyn Kelly, also in poor form of late, with 2 wins and a share of the doubles, saw Topspin squeeze home 6-4 in an exciting match. The score stood at 4-4 when Russell scraped past Mervyn’s conquerer James Zeng 14-12 in the 5th, leaving Mervyn the task of beating Patrick Wong in the final set to seal the much needed victory after 3 disappointing defeats. Topspin gave a debut to Division 2’s Abhay Tijare while Andy Tan was the other Primes man. Incredibly both sides have now amassed exactly 50 points each from the 100 available so far, a pleasing symmetry to the eye of a numerologist.

Also winning 6-4 this week were high flyers MK Powers in their match with club-mates Hit ‘n’ Hope. Ivor Howard continued his good form this season for the Hope outfit with a brace of wins over Clare Styles and Keith Carrington, but then found Luton based Jit Pitamber too hot to handle. Jit duly took his maximum following wins over Marco Hahn and Andy Frearson, with support to ensure the Powers victory coming courtesy of Clare (2) and Keith (1).

Leaders MK Phoenix continued their winning ways with a 7-3 success over Greenleys Glory. Terry Lau took most of the plaudits in this one with a great hat-trick at the expenses of Scott Dixon, Christine Scaysbrook and Jacob Midson, although Jacob had a good match himself with wins over Mervyn Phillips and Gerald Ridgway plus a doubles success with Scott against the Mervyn/Terry combination.

Bottom team Chackmore Hasbeens spent the New Year break catching up on outstanding matches, playing twice in 24 hours to pick up a much needed 10 points. First they hammered a 2-man MK Topspin side 7-3 and followed up the very next evening by taking 3 points from MK Phoenix. Star man Bub Burman picked up a useful brace from each match which include the prize scalp of previously unbeaten Mervyn Phillips.

This new improved Chackmore Hasbeens fought out a draw with Leighton Buzzard Avengers in another terrific match in week 10 itself. Yet one more Bub Burman brace and another from Andy Whitehead in addition to their regular doubles win ensured a share of the points for Hasbeens, leaving Sam Willett to ponder on ‘the one that got away’ in his epic tussle with Richard Hardy, which was lost 16-14 in the 5th. Christinal Hulpan (2 wins) and Alex Du Noyer (1) were the other Avengers.

Player of the week : Russell Penn

The New Year has arrived, but still most matches remain pretty close in Division 2.

Milton Keynes Sharks had the biggest win of the week, returning to winning ways with a 7-3 defeat of Woburn Sands Mosquitoes. Derick Rodrigues was back on form, with four straight games wins, his three singles plus the doubles with Rupert Greyling against Glenn Barcham and Rob McPheat. The other wins for Sharks came by way of two for Rupert and one for Pedro Anastacio, whilst for Mosquitoes, Rob McPheat picked up two wins, with the other coming from their reserve, Paul Hamer, who outlasted Pedro in the night’s only five game set. The win sees Sharks move nine points clear at the top of the table, whilst Mosquitoes stay in fourth spot, but still with a match in hand on the teams above them.

Little Horwood Wooden Tops collected their first win of the season, as they defeated Mursley Hawks 6-4, with a pair of wins apiece from regulars Andy Hooper and John Sharp. There were also two wins for Paul Reynolds, playing his first match of the season. For Mursley, there were two wins from David Bartlett, one from Martin Johnson, whilst Martin & Ian Spanswick combined to edge a close doubles in the deciding leg against Andy and Paul. The pick of the night was probably sets 7 and 8, in which first John was struggling at 1-1 in games, but 9-2 down in the third leg against Martin, but battled back to take that leg, and then a tight fourth leg, to win in four, followed by Paul against David, with again great attack and counter-attack from both players, which David snatched in four tight games. The win moved Wooden Tops off the bottom of the table, whilst Hawks remain third in a tightly congested mid-table.

The final match of the week saw a 5-5 draw between Newport Pagnell Lagondas, their third in succession, and Leighton Buzzard Spitfires. This was another match where no-one won all their sets, although Graham Silversides went the closest for Spitfires, with two singles wins plus the doubles with Filip Simek against Chris Horn and Sue Lewis, but he just lost out at 10-12 in the fifth against Tony Ardis. Filip also won twice for Spitfires, whilst for Lagondas, there were two wins each for Tony and for Chris. The other win for Lagondas came as Sue defeated Paul Baker. Lagondas thus hold on to second spot, whilst Spitfires are fifth, but just seven points behind them, but with a match in hand.

Player of the Week : Derick Rodrigues