This season I have been finding and publishing what I consider the top performance each week in the Leicester & District League. 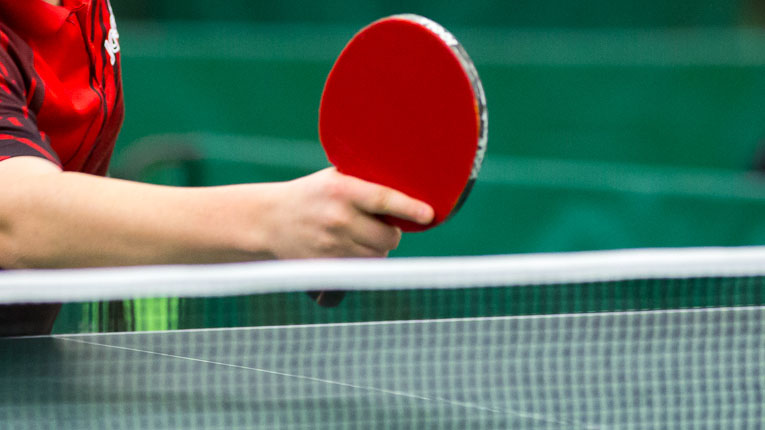 This season I have been finding and publishing what I consider the top performance each week in the Leicester & District League.

Inevitably they tend to be in the top sphere as it concerns players who are playing in the highest echelon but, occasionally, a performance lower down stands out – and one certainly did this week.

In Division Five four teams vie at the top while the division is dominated in numbers somewhat by three teams from Winstanley Wizards and two from Fleckney, both clubs making great strides in breaking into the league with excellent coaching programmes in place. The individual performance in question came from Ian Knight in the Wizards’ fifth team against one of the top four, Syston Casuals V.

Syston won 8-2 and are considered “good” winners in that they give plenty of genuine encouragement to the opposition with, in this case, Tony Monteiro winning three, Tony Burns and Nick Bishop two each. For Winstanley, Knight won their two and, being graded on 80, defeated two experienced opponents graded 110 and 106.

Fleckney firsts just retain top position with a match in hand of Syston but dropped two points when drawing 5-5 with Winstanley’s fourth team for whom Jack Godwin and Ken Oram each won two and Matthew Harrison one. Fleckney’s top coach, Jason Prescott, played and inevitably won three, Nick Wyche supplying the other singles. Prescott is keen to see this team move up the divisions, and they should do.

The other two teams near the top both won 9-1 with Abbots Road IV succesful against Nomads IV when both Ketan Patel and Bradley Lapworth took maximums, Dave Rana two. Dave Weston scored a good win over Rana 12-10 in the fifth, first set of the match.

Blaby and Whetstone III also won 9-1 against Knighton Park VIII, Tom Phipps and Jack Angrave unbeaten while Alan Willson unlucky after winning two having to concede his other through injury.

Meanwhile moving up to Division One we find two “in house” matches, first teams against second teams from the same club, the firsts winning 7-3 in each case.

Unicorn’s first team had George Briskolas in top form in winning all three while Simone Broersen and Geoff Parsons took two apiece. Luke Greenfield played well for the seconds in winning both of their singles.

Knighton Park’s two teams competing saw a family affair when Chris Rogers won all three for the firsts including a victory over sister, Karen Smith, who otherwise won two and her successes included one over nephew, Jack Rogers, Chris’s son. Jack took two for the firsts, Reza Kiani one while Les Baker won one for the seconds.

Another 7-3 result saw Electricity beat Abbots Road for whom Dave Gannon ploughed a lone furrow. You might expect this looking at their gradings but it was still a good result against solid opposition. All winning two for the Sparks were Andy LeButt, Mat Hobday and David Grundy.

Electricity II lifted themselves out of the relegation zone in a “double points at stake” situation against Desford Village, winning 8-2 to leave the latter poised bottom but one. Excellent maximums from Sam Henderson and Adam Pettitt with a supporting brace from Harry White. One for Desford’s Richard Hayes before he teamed up with Tony Smith for a win in the doubles for the losers.

Arnesby II moved closer to second spot with a 10-0 thrashing of Knighton Park IV who did not help their cause with only two men. Rhys Emery, Dave Small and Dave Wagstaff did the damage.

Goons III consolidated second position in Division Four by beating Wigston Conservatives 7-3 with Kevin Edwards and Scott Robinson both recording maximums. A full house also for Scott Morris in an 8-2 success for Syston Casuals IV over Nomads II to maintain their top position. Wes Glauds and Nick Bishop, the latter playing up, gave good support with two each.