Leicester & District: Another whitewash for leaders

Starting at the other end of the Leicester and District League for a change in Division Five we find the steamrolling Blaby and Whetstone II still handing out 10-0 defeats, their latest being over Nomads IV. 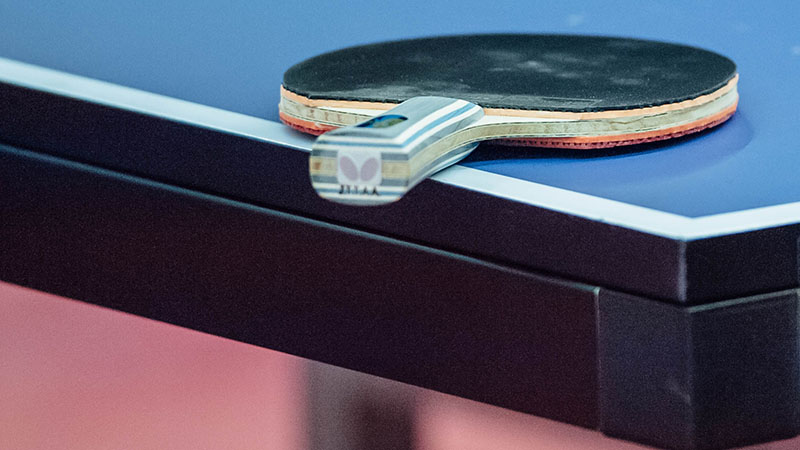 Starting at the other end of the Leicester and District League for a change in Division Five we find the steamrolling Blaby and Whetstone II still handing out 10-0 defeats, their latest being over Nomads IV.

Alan Willson, who is still undefeated, Tom Phipps and Jack Angrave had no sets taken to five. Their three players are in the top four of the averages with the only interloper thus far being Charlie Gilmour-Evans who is third.

Gilmour-Evans won a classy three for Knighton Park XI against his own club’s eighth team, just getting the better of Mike Smith in the first set of the match in five. Phenel Davis provided the back-up with a singles win and then the two combined for the doubles in a 5-5 share of points. Smith won his other two, as did Phil Wood, while Tony Scarborough took one.

Two maximums in 6-4 defeats included three for Gillian Wisdish for Desford Village VI against Fleckney II, including beating Rob Bateman, who otherwise won two, in five, Nick Wyche also with two. The other was by Steve Burrage who scored a terrific maximum for Winstanley Wizards V and his was also against club mates when the Wizards’ third team won 6-4, Ted Eastman and Ian Knight two apiece for the latter.

The other two results were 7-3 when the Wizards fourth string defeated Regent Sports IV with Jack Godwin three and Gary Featherstone, not for the first time, on the receiving end of a deuce loss in the fifth, but winning his other two. Knighton Park X beat Fleckney III by the same score when young cadet, Roma Morjaria, emerged undefeated, Hugh Duffield two and Jeanette Stevenson having her first taste of victory.

There were two extremely useful individual performances in Division Two, both of which went a long way to propelling their teams to 6-4 successes, one coming from Dan Andrews for Winstanley Wizards in a humdinger of a match against Arnesby. Andrews won three which included a 12-10 victory in the fifth game against Arnesby star, Rhys Emery, who won his other two. But it was close overall as Dave Seeds beat Dave Wagstaff 12-10 in the fifth on the way to his two successes, while Himansu Mishra won a crucial one and that also was 12-10 in the fifth against Bruce Johnson. So, three sets might well have gone the other way.

Kevin Parker secured a maximum for Desford Village II against his own first team in what must be one of his best performances as he is graded 194 and beat Malcolm Truman (238), Tony Smith (226) and Neil Matthams (195) along the way to a 6-4 victory. Matthew Briggs supported with two and these two also won the doubles.

A very competitive match between Knighton Park IV and Great Glen ended 5-5 when Glen’s Alex Mason and Kevin Trueman each won two and the doubles. For KP, Mike Lapworth and Zia Malik also won two apiece and it was Rod Pickering’s win in the singles that secured his team’s share.

In Division One, a two-man Electricity team were too good for Syston Casuals with David Grundy and Andy LeButt needing to be on top form to come through undefeated in all their singles and the doubles for a 7-3 win, Syston getting the consolation point by default.

Meanwhile, Abbots Road soldier on having lost most of their star players, losing 9-1 to Knighton Park II when Karen Smith, Osman Bawa and George McClurkin emerged undefeated. But it was good to see the doubles played when Fahed Sacoor and Geoff Hancock won in great style.

Perhaps even better was Terry Wale’s three for Nomads II against Syston Casuals IV to spearhead his team to a 7-3 victory, beating opponents, all of whom having a higher grading, with support from Chris Weston (2) and Roger Burley (1).