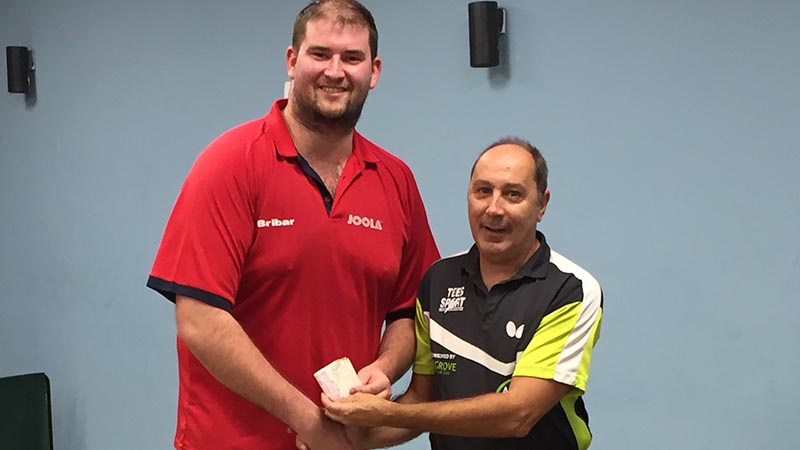 This innovative event attracted possibly the strongest entry for a 1* event across the whole of England featuring eight players in the top 200 England rankings and a former Welsh international.

The mixed gender tournament commenced with group play followed by further matches for every player giving good value for money, an unusually high standard of midweek competition, within a three-hour period.

It was not until the final that Doran was tested to any extent, and it was local favourite Adam Jepson (Cambridgeshire champion and England No 41) who did just that.

Jepson, 21 and fast improving, was ‘in the zone’, comfortably despatching all his opponents to reach the final. Against Doran, he put in a feisty performance with a barrage of forehand loops and clever blocking to extend Doran and make him earn his £150 prize money.

Undeterred, Doran in his usual fashion soaked up the pressure and cunningly mixed the spin at key points to come out a worthy winner.

Archway Development Officer, Diccon Gray who also competed, said: “We are trialling this new format as part of the club’s ambitious, complementary plans to reach out in the community whilst providing high level, local competitive opportunities for our elite players to develop their potential.”