It’s positive news this year as far as the M&G Investments Chelmsford & District Table Tennis League 2019 Championships are concerned. Entries are up for the third year running and this year 125 players are taking part including 42 juniors. 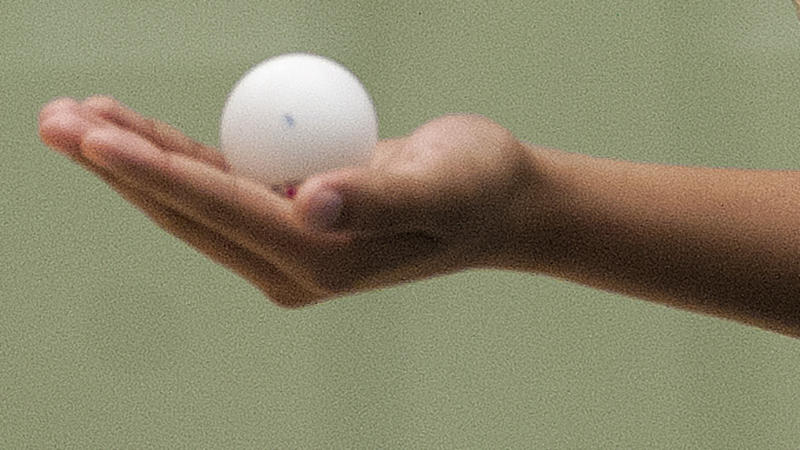 It’s positive news this year as far as the M&G Investments Chelmsford & District Table Tennis League 2019 Championships are concerned. Entries are up for the third year running and this year 125 players are taking part including 42 juniors.

The event takes place at Hylands School, Chelmsford, over the weekend of 1-3 February and admission is free.

The blue riband event as always is the Men’s Singles and last year’s winner, ace defender Duncan Taylor, is the top seed. The second seed, 19-year-old Ugur Saglik, will be a new name to a lot of people. A very modern topspin exponent he hails from the Generation 2 club in Fareham and he is the highest nationally ranked player in the league.

The joint third seeds are Paul Lucas who has made a very successful return to the sport after a couple of lengthy breaks and Trevor Lloyd (runner-up last year in the Men’s Singles but the winner of the Veterans’ Singles).

Four times former champion David Cole might possibly have been seeded higher but as he is playing in division two he hasn’t made one of the top eight berths. With two players to qualify from each group, two particular groups stand out. Group two features impressive Casey Cross and another top-notch newcomer in Simon Jarvis as well Dan Anderson and Daniel Young, whilst group three matches Charles Sweeny with Steve Kerns, Keith Martin and Colin Napper.

23 times M&G Investments Chelmsford Ladies’ Singles champion Julie Johnson is top seed in the Ladies’ Singles this year although she will have to play the equally redoubtable Lin Roff and Kelly Yuen in her group.

Julie is ranked an impressive No 25 nationally at Over-40s level, well above Lin, but the positions are reversed at Over-50s, with Lin ranked at No 38 and Julie at 39.

Tulay Dundar, another newcomer to Chelmsford and the mother of Ugur Saglik is seeded No 2 and she also has a formidable pedigree. She is ranked No 21 nationally at Veterans’ Over-40s. The winner in 2016 and 2017, Dawn Baldry, is also seeded to win her group as is Jan Fuller, runner-up in 2016.

The Ladies’ Doubles looks more clear-cut. With Shirley Caroll forced to withdraw through injury it is hard to look beyond Julie Johnson & Jan Fuller when assessing genuine challengers for this title.

The Mixed Doubles looks very interesting and has a touch of TV’s Generation Game. Mother and son combination Tulay Dundar & Ugur Saglik are top seeds whilst aunt/nephew pairing Julie Johnson & Scott Dowsett are seeded No 2. Julie will be looking to win the title with an unprecedented sixth partner having previously been successful with her brother Terry, Steve Dettmar, Paul Chaplin, David Cole (no fewer than eight times) and another nephew, Ryan Gooday. Other pairings to look out for include Gary Young & Lin Roff, Wale Bada & Jan Fuller and Ciaran Whelan & Dawn Baldry.

After a major blip last year the number of entries in the Veterans’ Singles is restored to a high level and the event promises to be fiercely competitive.

Likewise, there are three outstanding players in the Under-21 Singles. Ugur Saglik is the heavy favourite and his main rivals will be Liam Squirrel and Daniel Young. With a Finals Night appearance guaranteed for the two finalists, this event has retained a high profile in the tournament over the years.

Trevor Lloyd will be bidding to win all three Veterans’ Singles events having just become eligible for the Over-60s. He is seeded to win both the Over-50s and Over-60s. In the Over-50s event, likely rivals include Julie Johnson, Tulay Dundar, Steve Whiteley, Steve Kerns, Ian Whiteside, Eric Green and Mike Johnston. Group eight stands out here. Mike Johnston goes face to face with Neil Freeman and Lin Roff.

It is difficult to look beyond Trevor Lloyd in the Over 60s Singles but the likes of Ian Whiteside, Lin Roff (another newcomer to this age group), Eric Green and Steve Whitely might well have other ideas.

Daniel Young is an outstanding favourite to win the Junior Boys’ Singles and the Mixed Under-16s Singles. An established first division player he knows how to pace himself at these events and remains calm when under pressure.

His main rivals in the Junior Boys should be Harry Buckle, Thomas Page and Luca Bailey. Buckle is also seeded to reach the final in the Under-16s and other players to look out for include Ewan Hynd, Ben Porter, Vineeth Kamma, Charlie Craig, Thomas Page, Aidan Noguchi, Noah Sage, Luca Bailey, Sam Mortimer-Ford, James Donald and Josh Bickles.

Ewan Hynd will be bidding to win the Under-14 Singles and he is expected to meet Ben Porter in the final. Joachin Mapes and James Donald are due to reach the semi-finals.

Daniel Young is also top seed in the Junior Doubles where he is paired with Aidan Noguchi and they are seeded to play Ben Porter & Sam Mortimer-Ford in the final.

Sunday’s play is dominated by the Divisional Singles competitions. Ciaran Whelan is favourite in the Division Two event where he is due to meet Mike Johnston in the final. Whelan will need to get out of the blocks strongly though, as he plays Wiktor Delimat and Dave Moles in his group.

In League action, in division 1(A) the leaders Maldon A produced a storming performance – in fact what is arguably the performance of the season as they thrashed second placed Chelmsford A 9-1. Alex Abbott and John Poysden were both undefeated against a strong Chelmsford side who were without Ugur Saglik but were still able to field Casey Cross, Wale Bada and Eddy Ogbebor.