Felsted RBL C’s apparent march to a record total in division three of the Braintree Table Tennis League received an unexpected jolt on their visit to Black Notley G. 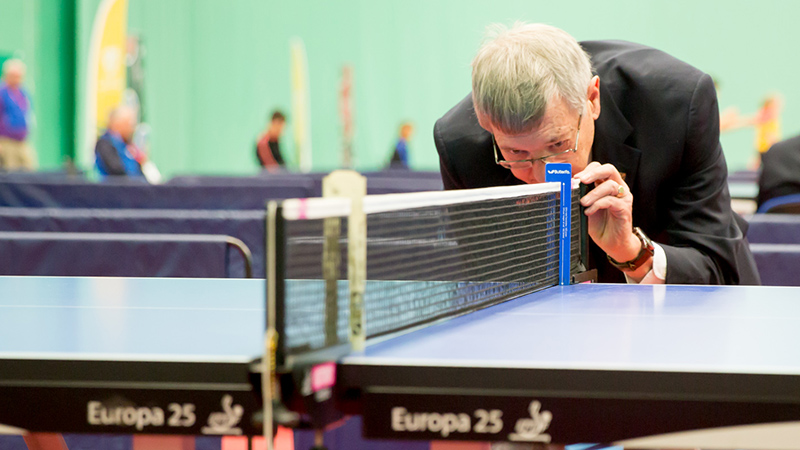 Felsted RBL C’s apparent march to a record total in division three of the Braintree Table Tennis League received an unexpected jolt on their visit to Black Notley G. After 11 consecutive wins by either 10-0 or 9-1, Felsted were pegged back to 6-4 by their hosts.

Alan Billing, one of a number of players making a comeback in recent seasons and faring better than most, was the man chiefly responsible. He inflicted only the second defeat this season on Nick Butler, also got the better of Andy Laws and then joined Max King in winning the doubles against Laws and Butler.

King also claimed the notable scalp of Andy Laws, but Matthew Laws ensured that the damage was not greater by taking his three singles.

BUSC B won division two that year, with the formidable line-up of Jon Hill, Richard Jennings and Neil Gooday.

Elsewhere in division three, Rayne H improved their chances of finishing second with a 9-1 win over Rayne I.

Notley’s E and F teams kept ahead of them by beating Rayne J 6-4 and Notley H 10-0 respectively. Dave Whiting was unbeaten for Rayne J.

In division two, Rayne E’s hopes of maintaining a challenge for the title received a major blow when they tumbled 9-1 to Nomads.

Ken Lewis’s three sets were a given and Richard Kemp’s three were not entirely unexpected, but few people would have anticipated Lorraine Burgess’s excellent wins over Richard Whiteside and Laurie Sapiano. Burgess almost made it a whitewash, succumbing to Nick Hasler only at 11-7 in the fifth game.

Notley B took the opportunity to increase their lead at the top with an 8-2 win over a strong Felsted A side – but not before Richard Baxter had taken away the unbeaten records of Steve Noble (12 wins out of 12 up to this point) and Mick Richardson (six out of six).

Liberal C kept up their challenge with an 8-2 win over Rayne G.

At the other end of the table, Notley C continue to clamber away from danger. After propping up the table for much of the season, they reached the heady heights of eighth place after their latest win, 7-3 over Netts D.

Notley D remain above them after continuing their intriguing sequence of 6-4 defeats. Six of their last seven matches have finished at that score and the latest, against Rayne F, was a carbon copy of their previous match in which two of their opponents, in this case Dave Marsh and Keith Flowers, won three singles each but failed to beat Sean and Adam Clift in the doubles.

In division one leaders Liberal A’s run of 15 consecutive wins since the beginning of the season came to an end in a somewhat curious fashion. They could summon only one regular player plus a reserve for their match against Notley A.

The B team’s Adrian Pitt did his bit by winning two but he just failed – 14-12 in the fifth – to beat Lucy Wang and he and Brandon Crouchman also came up short in the doubles against Wang and Victor Chan to make it 5-5.

Terry Dowsett turned out for the first time since October to help Netts A beat Rayne D 9-1 while Nikki Davison won her three singles for the fourth match in a row in Netts C’s 8-2 win over Liberal B.

Lee McHugh also won three, but he was on the losing side as Rayne B beat their C team 6-4.