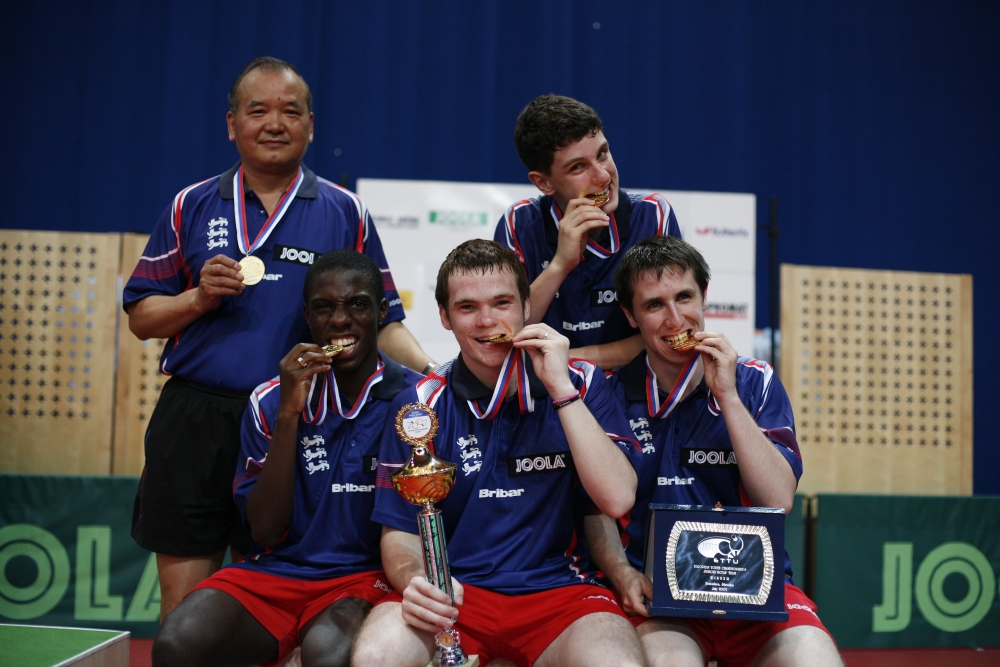 This week it is the turn of our European Champions. European events did not start until the late 1950s when the European Championships were first introduced in 1958. Additional events have been continually added since then with the latest being the European Games in Baku, Azerbaijan 2015.  Nearly every event has been won by England at some time, although not quite all. An aim for the future?

Since the World Championships Official Handbook published in 1997 there has been no definitive record kept of European Champions so to find information I have searched through Annual Reports and copies of old Table Tennis News. If there are any omissions I apologise and would be pleased to receive details.

Where possible original images from the event are shown. Where these are not available a picture of the player has been inserted from another time. Any copies of photographs from any of these events would be most welcome. Please contact me on [email protected] if you have any additional information about these events and players.