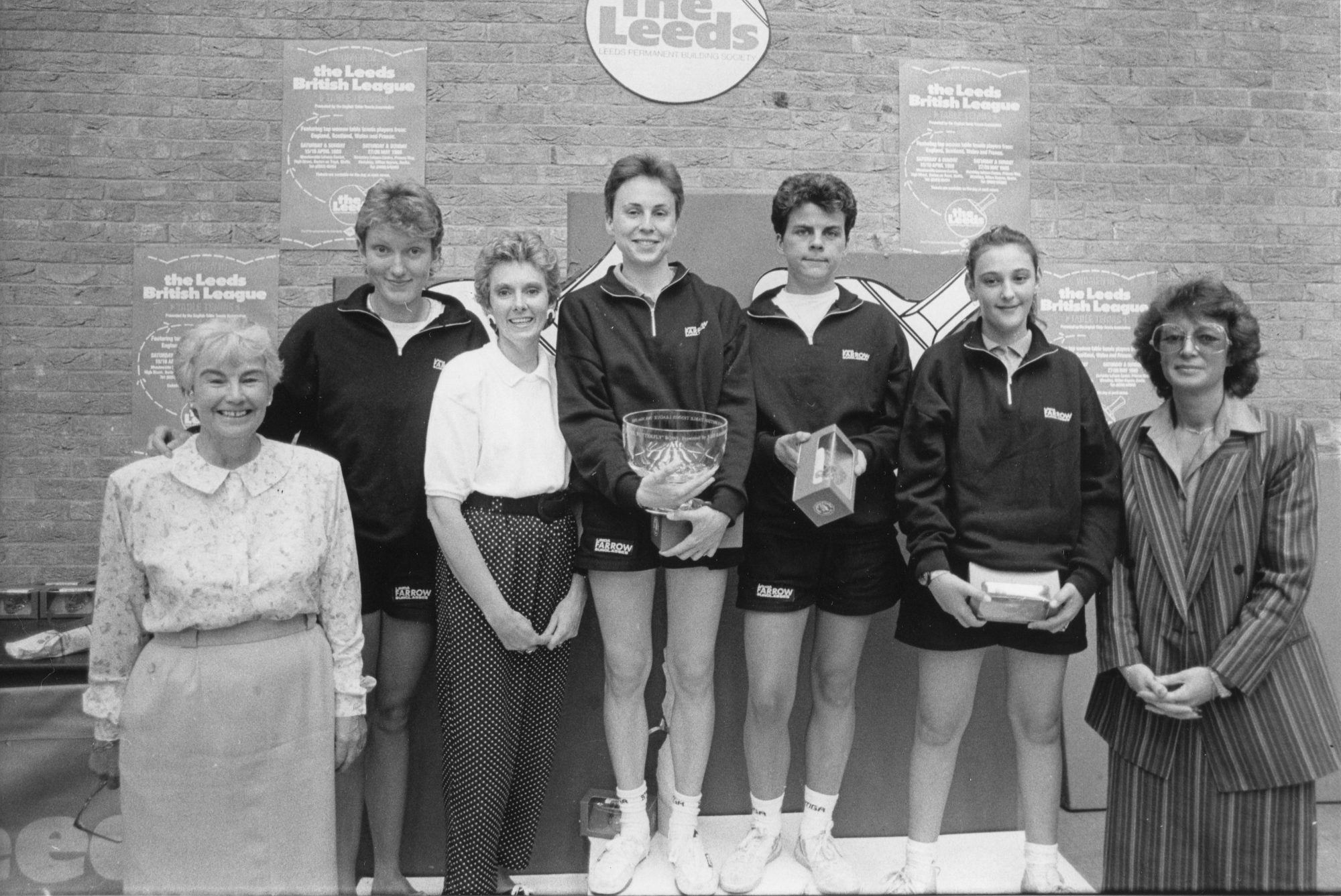 Some, relatively, later photos this week from the Women’s British League. A few faces are known but several need identifying. Can you help?

All replies to me at [email protected], with many thanks.

Photo 2 (above)
x, x, x, Teresa Bennett (Moore), Wendy Cunningham from the Leeds Building Society who were the major sponsors.

Photo 3 (above)
Dated 1989.
Who is presenting the bouquet to Wendy Cunningham?

As expected there were not many responses to add to these photos. So, thank you, Colin Clemett for your additional information in Photo 1.

Photo 7 (above)
Molly Jones receiving a trophy from ?

Photo 8 (above)
Molly with her two medals from the World Veterans Championships, Manchester 1998.

Additional Responses to Week of 10th July 2015
I have received some additional information on two photos from 10th July so again many thanks to Phil Beedon and Graham Frankel both of whom were at the two respective training camps.

Photo 9 (above)
Butlin’s Holiday Camp, Bognor Regis, 1969.
Jack and Elsie Carrington centre, front. Next to Jack is Peter Hirst and Graham is stnding behind Jack (dark hair and glasses).

Photo 12 (above)
Butlin’s Holiday Camp, Skegness.
Coaching camp with Jack and Elsie Carrington, centre, seated. On the far right of the second row it looks like Karenza Smith (Mathews) and on the far left, Lesley Bell (Radford). Brian Hill is sitting directly in front of Elsie and Maurice Billington on her left with Len Howick of North Herts to his left.
Standing behind Elsie is Jackie Canham(Billington) and to her left Rusty Canham.
On the far right, standing, is Bernie Corbe.

If these additional names jog any memories do get in touch.

In addition, I have had passed to me several comments via the VETTS Facebook website. Could I ask if anyone who makes comments on Facebook could also get in touch with me directly