Ten men have confirmed their place at this year’s PG Mutual Senior National Championships after topping the table at this weekend’s qualifier. 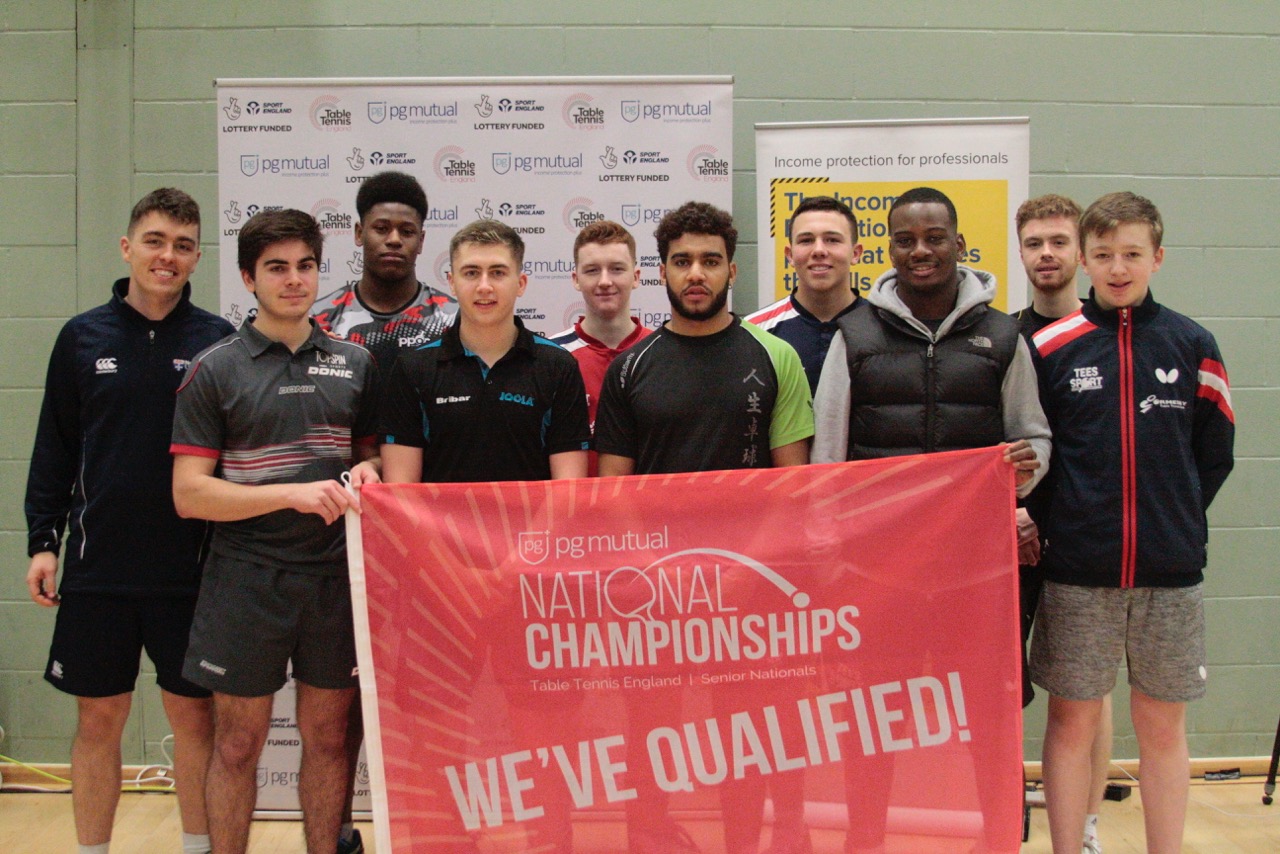 Ten men have confirmed their place at this year’s PG Mutual Senior National Championships after topping the table at this weekend’s qualifier.

They join the 10 women who qualified from yesterday’s competition

A total of 54 men battled it out over the two-day tournament for their chance to play on the biggest domestic stage with England’s elite players.

Speaking after his victory, the 17-year-old said: “It has been a great day with high quality players so I’m really pleased to have not lost a game.

“It feels good to have won the whole tournament and to have made it to Senior Nationals.

“I went to watch last year and the atmosphere and the quality of table tennis was good and I wanted to be involved in that.

“I’d love to get to play against Liam Pitchford just to see the quality and the difference of his standard against my standard.”

Commenting on his performance, the 21-year-old said: “The main focus for this weekend was to qualify for Senior Nationals and I have done that, so I’m pleased, but it’s a shame I lost the last match.

“I wanted to play at Nationals because it is such a prestigious tournament and I’ve always wanted to play against the top players. It will be tough competition but it is a good way to develop.”

The 22-year-old said: ”I played good and I put in some good performances.

“The highlight for me was beating James Smith in round three because it was a really close match, but I got through it.

“I wanted to get to Nationals to have my chance to play against the top players in the country.”

Awolaja, who took fourth place, said: “I was very happy with my performance this weekend.

“It will be a good experience to play against some of the best players in England at Nationals and I relish the opportunity to be there. I will try to play the best table tennis I can and go as far as I can go.”

The 17-year-old said: “My aim for this weekend was to qualify for Nationals and I did that, but I didn’t play my best and I think I could have gone further in the competition.

“For me Senior Nationals is about having the opportunity to play against the England team.”

However, his final opponent, Gofton was happy with his performance throughout the tournament. The 15-year-old said: “I came into the tournament aiming to qualify and now I have done it, I have a huge feeling of satisfaction.”

Speaking about the main event in March, he added: “I want to prove myself on a bigger stage and Senior Nationals is the biggest stage in England.

“I would love to get the chance to play against Liam Pitchford or Paul Drinkhall because they are the players in England who you look up to because they are out there proving themselves on the world stage. I hope that one day I can match their performances.”

Speaking after his final match, the 15-year-old said: “It was an amazing experience and a big achievement to get through. I’m excited about playing at Nationals because it will be really good experience for me to play against the top seedings in the country.”

His opponent, Facey-Thompson, agreed: “It is very good to be part of the National Championships because you get all the biggest players, including the top 10.

“The events shows how strong we are doing as a country in the sport.”

The 25-year-old said: “I turned up with the sole aim of qualifying and that has happened so I’m over the moon. I had some tough games and the standard has been really high, but I’m really pleased to have my spot at Nationals.

“I really wanted to qualify because it is the biggest tournament of the year.”

Completing the list of those who qualified is 19-year-old George Hazell.

After taking tenth place he said: “I had some tight matches this weekend, so it was good to win those. There was a really good standard in the qualifying tournament and now I’m looking forward to playing at Senior Nationals for the first time and to play against some of the best players in the country.”

Photos of the tournament will be published later this week. A copy of the final standings from today can be download below.

All successful players will be at the PG Mutual Senior National Championships at the University of Nottingham from March 1-3. Joining the 10 qualifiers will be the top 20 ranked players, plus two wildcard entries. The event is the only chance to watch the top players in England, including the Commonwealth Games and Team World Cup medal-winners, plus the leading para players, under one roof.

Tickets are on sale now and start from just £5. Click here to buy tickets.