Ahead of Chinese New Year and the ITTF Team World Cup coming to London, Table Tennis England took a table, some players in disguise and a film crew to London’s Chinatown to have some fun. 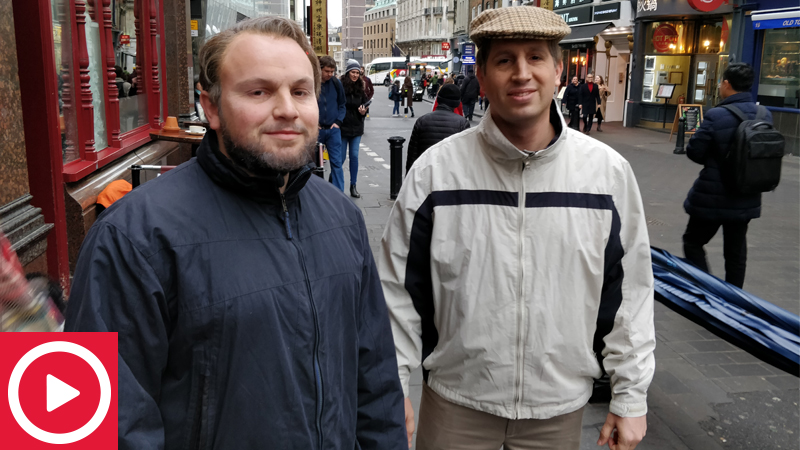 In just one week’s time the prestigious ITTF Table Tennis Team World Cup comes to London for the first time.

The Copper Box on the Queen Elizabeth Olympic Park will be hosting an event which will reach a huge international audience, including in the sport’s heartland of China.The world’s very best nations, featuring the world’s very best players, will compete against each other to be crowned World Cup Champions.

To celebrate this ‘East meets East London’ occasion, Table Tennis England took a table, some players and a film crew to London’s Chinatown to have some fun.

Following a couple of hours in make-up and costume, our transformed players emerged (looking a few years older) to play a few tricks on unsuspecting passers-by, some of whom very much fancied their chances on the table.

Standard entry tickets to the Team World Cup Final have sold out. If you haven’t managed to book your place, there are still a small number of VIP packages left for the Sunday, priced at £115.50, which offer a host of exclusive benefits.

VIP ticket-holders will get premium seating with the best view of the show court and will be provided with hot food, drinks and a memento of the occasion. Most excitingly however, as part of the VIP package you will be able to view the training hall to watch the players ready themselves for battle!

Standard tickets are still available for other days including Thursday February 22, when all nations will be in action as the first two rounds of group matches take place.

Tickets are also still available for the quarter-finals on the afternoon of Friday February 23 and for the semi-finals are on Saturday February 24. Prices start from just £5.