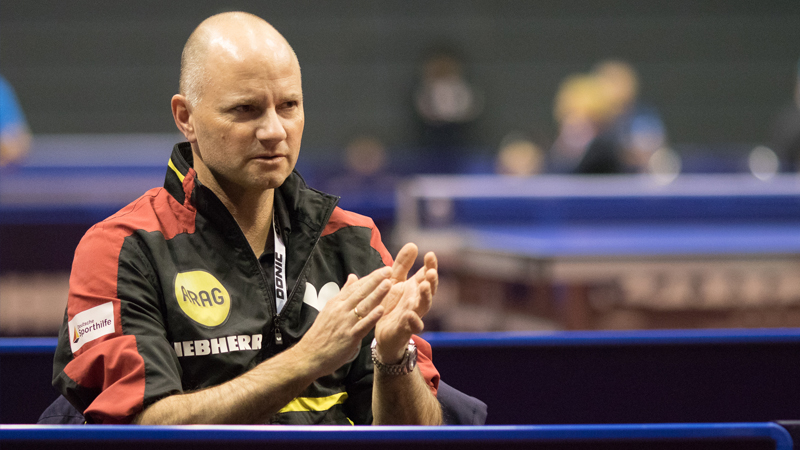 Some of the most renowned coaches in Europe will share their knowledge with their English counterparts when England hosts the 2019 European Table Tennis Union (ETTU) Coaching Conference.

The annual conference will take place in London from Wednesday October 30th to Friday November 1st and the keynote speaker will be Germany’s Richard Prause, a former international player who became men’s national coach and oversaw a period of unparalleled success.

During his tenure from 1999 to 2010, Prause coached Timo Boll and Christian Suss at the World Championship where they took silver; in 2006 he led the men’s team to bronze at the World Championships; in 2007 he led the team to win three gold medals and one bronze at the European Championships, repeating the golden triple the following year; 2008 was the highlight of his career when Boll, Dimitrij Ovtcharov and Suss won silver at the Olympic Games.

In 2015 he became the sporting director of the German Table Tennis Association.

The conference agenda includes two lectures from Prause. The first is entitled Plastic ball – Influence on the Technique and Tactics of Table Tennis and the second Service / Receive in Modern Table Tennis.

On the second day, attendees will hear from Table Tennis England’s performance team, including Head Coach Alan Cooke and Programme Manager Matt Stanforth. The pair will deliver a talk on the creation of the England 913 squad, which put in play a pathway for talented young players in England.

Aled Howell, Coach and Education Manager at Table Tennis England, said: “We are delighted to be hosting this year’s ETTU Coaching Conference and bringing such high calibre speakers to London.

“This is an unrivalled chance for coaches in this country to tap into the knowledge of some of the best in the businesses, as well as an opportunity to network and discuss ideas.”

The three-day conference will be held at the Greenhouse Sport Centre, a Grade II* listed deconsecrated church in North Westminster.

The centre, which was refurbished with the aid of a £100,000 grant from Table Tennis England, is home to Greenhouse Sports, a London-based charity that uses sport to engage young people and improve their life chances.

Jason Sugrue, Head of Sport & Coaching at Greenhouse, will deliver the welcome speech.

More information on how to attend the conference will be released at a later date.