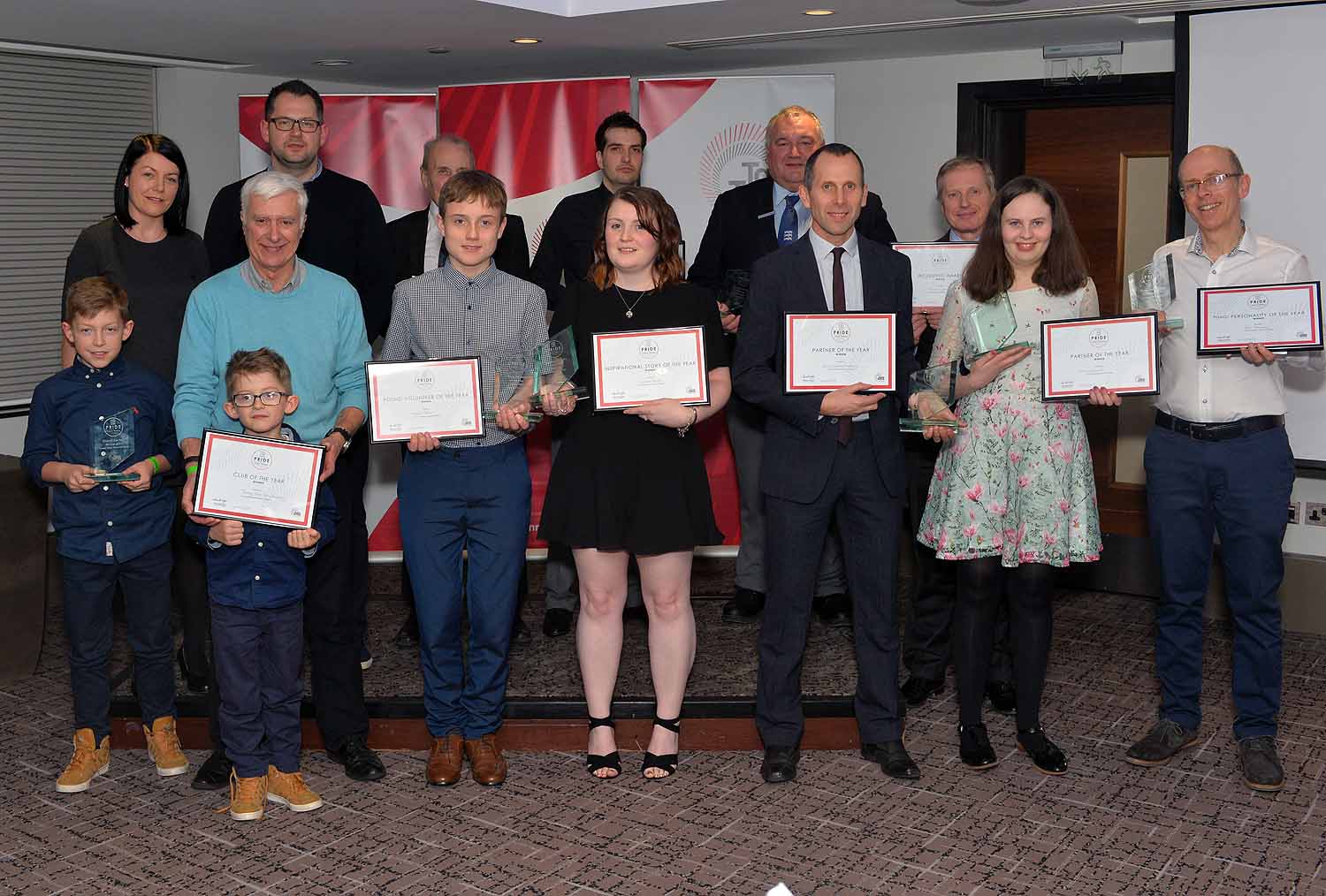 The unsung heroes of table tennis were honoured at the Pride of Table Tennis Awards last night.

Hosted by Table Tennis England, the annual awards seek to honour the volunteers, officials, coaches and personalities who are the heartbeat of our sport.

This year, more than 120 nominations were received from the table tennis family, in a range of categories including clubs, coaches, volunteers and officials.

A judging panel selected the shortlist, and last night the winners were revealed at the awards ceremony in London.

Inspirational Story of the Year

After being diagnosed with a highly rare form of blood cancer, Charlotte underwent chemotherapy and a transplant. After a tough couple of years of treatment and recovering, she entered the 2016 British Transplant Games and won gold. This earned her a place at the world games in Malaga, where she went on to win two silver medals.

Speaking about her experience, Charlotte said: “It was tough but I just tried to keep positive.

“It was definitely hard not being able to play table tennis through the treatment because I had been playing since I was 10.

“When I finally made it to the British Transplant Games I was overwhelmed, and when I won a medal I was really excited and pleased. I had come out the other side of cancer.”

Young Volunteer of the Year

Declan, aged 14, has made an outstanding contribution to BATTS over the past few years, from working as an assistant coach, through to running competitions, looking after facilities and equipment.

After collecting his award, Declan said: I’m really thankful to my club and my family for supporting me. I love volunteering and I like seeing people succeed themselves. It is great to help others do well.”

Volunteer of the Year

Jane has set up a thriving community session in Baildon Methodist Church twice a week. She is a member of the Bradford League Committee, supports a new BeTT project in conjunction with Heaton Rackets Club with a particular interest in disability coaching, volunteers at Ping! Bradford and at Haworth Hawks TTC in Keighley and has enrolled on a Level 1 umpires’ course

Coach of the Year

As well as being active on the committee and on match days, 77-year-old Roger, of Chatham Table Tennis Club, also runs table tennis sessions at a number of primary schools in the Medway area, including Pilgrim School in Borstal, where he coached the U11 Girls team to victory at the National School Championships.

Speaking after receiving the award, Roger said: “I was knocked out when I found out I had won.

“I just thoroughly enjoy table tennis. It is such a special sport because anyone can play – whatever your age. I just love it. It keeps me active.”

Brenda, who was unable to make it to the presentation, has been a volunteer official for Macclesfield Table Tennis Association for over 50 years and is currently Chairperson. Brenda is still very active, from compiling the league fixtures at the start of each session to updating league tables and individual player averages.

Technical Official of the Year

Brian’s passion and attention to detail ensures his tournaments are first-class – from the event timings, to the photos to the Twitter feeds.

After collecting his award, Brian said: “I was delighted to win the award, especially because I was nominated by someone who lives over 100 miles away from me.

“While I was the fortunate one to be recognised, there are thousands of other referees, umpires and tournament organisers out there that are all doing a great job and for me this award is for all of those people.”

Adam, a young volunteer at Corby Smash Table Tennis Centre, was recognised for his work with those with mental illnesses. He was described as having ‘respect, dignity and inter-personal skills beyond his age’.

Ping! Personality of the Year

Peter was recognised for his work in Leeds and Bradford to attract people to try what he calls ‘the greatest sport on earth’,

He delivers Ping! sessions across the cities, working with a wide range of people.

Peter said: “I work with all types of people from those with autism, to those with dementia living in care home, school and college students and some very deprived people.

“It doesn’t feel like a job. It is just a complete pleasure. Everywhere I go I meet fantastic people playing this great game.”

Club of the Year

Established in 2011, Torbay has an ever-growing membership meaning it has had to find more space to accommodate players – and will soon need to expand its trophy cabinet too to accommodate the collection of silverware its players are winning. Alongside holding children and women-only sessions, the club is also looking to become Alzheimer-friendly.

The Mike Watts Achievement Award (to the girl and boy who made the greatest improvement in ratings points in 16/17) went to Sam Wilson and Mari Baldwin.

Photos of the award ceremony are available here.