Liam Pitchford is through to the semi-finals after a brilliant win over world number 3 Timo Boll. 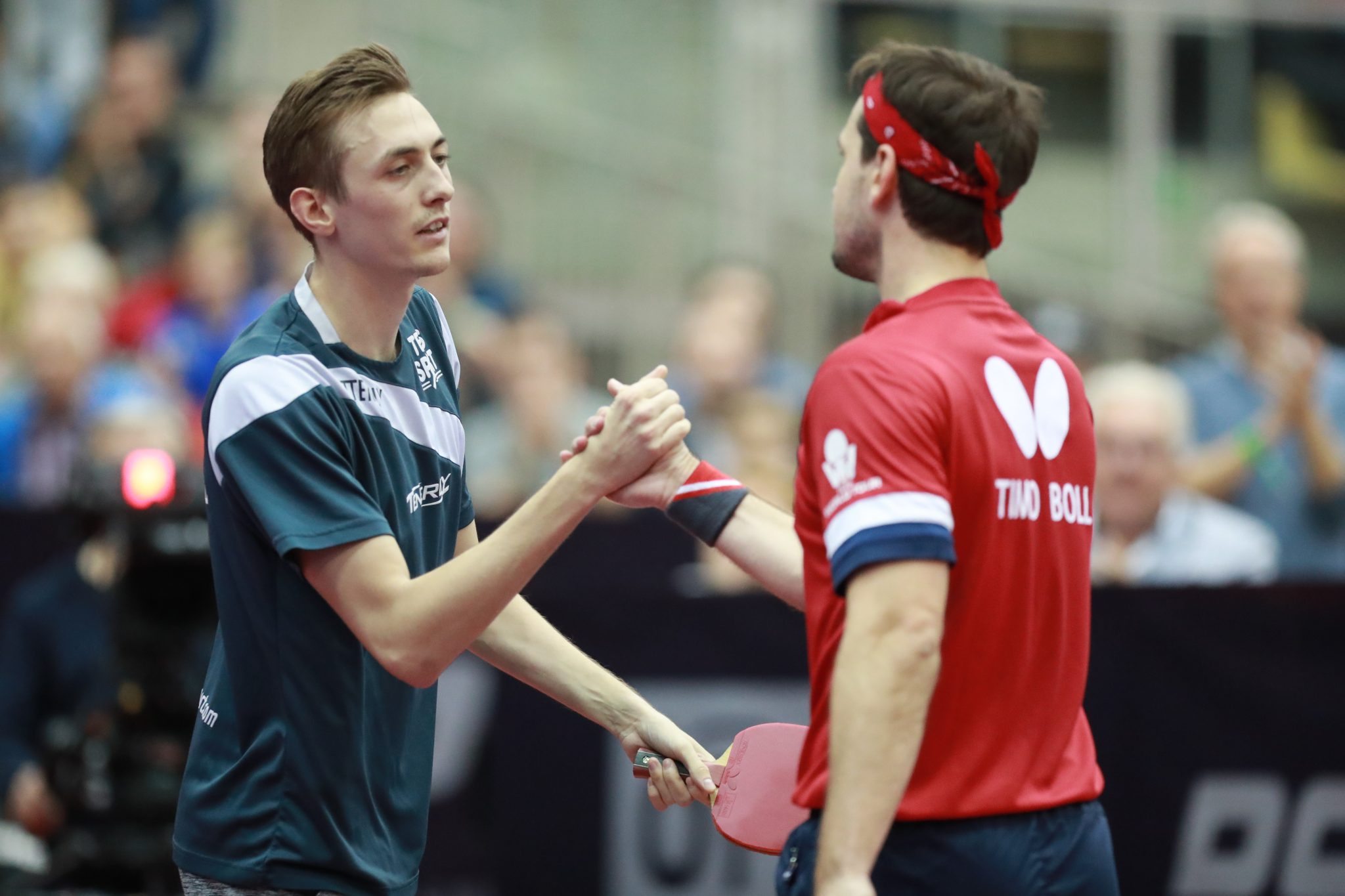 Pitchford, world ranked 24, has avenged the defeat inflicted on him by Boll at the recent European Championships with an outstanding 4-2 win today.

To watch the quarter-final match in full, click here.

But Boll then turned up the pressure to take the third 11-5, shortly followed by an 11-8 win in the fourth.

Pitchford led most of the way in the fifth, but his illustrious opponent then turned the tables to take a 10-9 lead.

Pitchford managed to save a game point to even the score, before going 10-11 down again. He then battled to bring it back, taking the next three points to win 13-11.

In the fifth game, Boll once more had game point at 10-7 up, but Pitchford was not about to pass up this chance and re-asserted himself to take the next five points and turn it into a big win (12-10 ) in what is turing into a huge year in his career.

Pitchford progressed to the quarter-finals after a 4-1 win over Japan’s Koyo Kanamitsu earlier today.

After losing the first game 6-11, Pitchford battled back to take the next 11-3.

In the third game, after the Englishman led all the way to 10-7, Kanamitsu saved three game points before taking the lead 11-10. But Pitchford then pulled through to take the third game 13-11 and take a 2-1 lead over Kanamitsu.

Pitchford then took the match after winning the fourth game 11-7 and the fifth 11-8.

To watch the Round of 16 match in full, click here.

The semi-final match will take place tomorrow at 7pm UK time. Pitchford will face China’s Xu Xin. He is the sole surviving European player to make it to the final four. He is joined by three Chinese players – Xu Xin, Fan Zhendong and Liang Jingkun