Pitchford & Drinkhall were knocked out in the semi-finals of the Swedish Open after a 3-1 defeat. 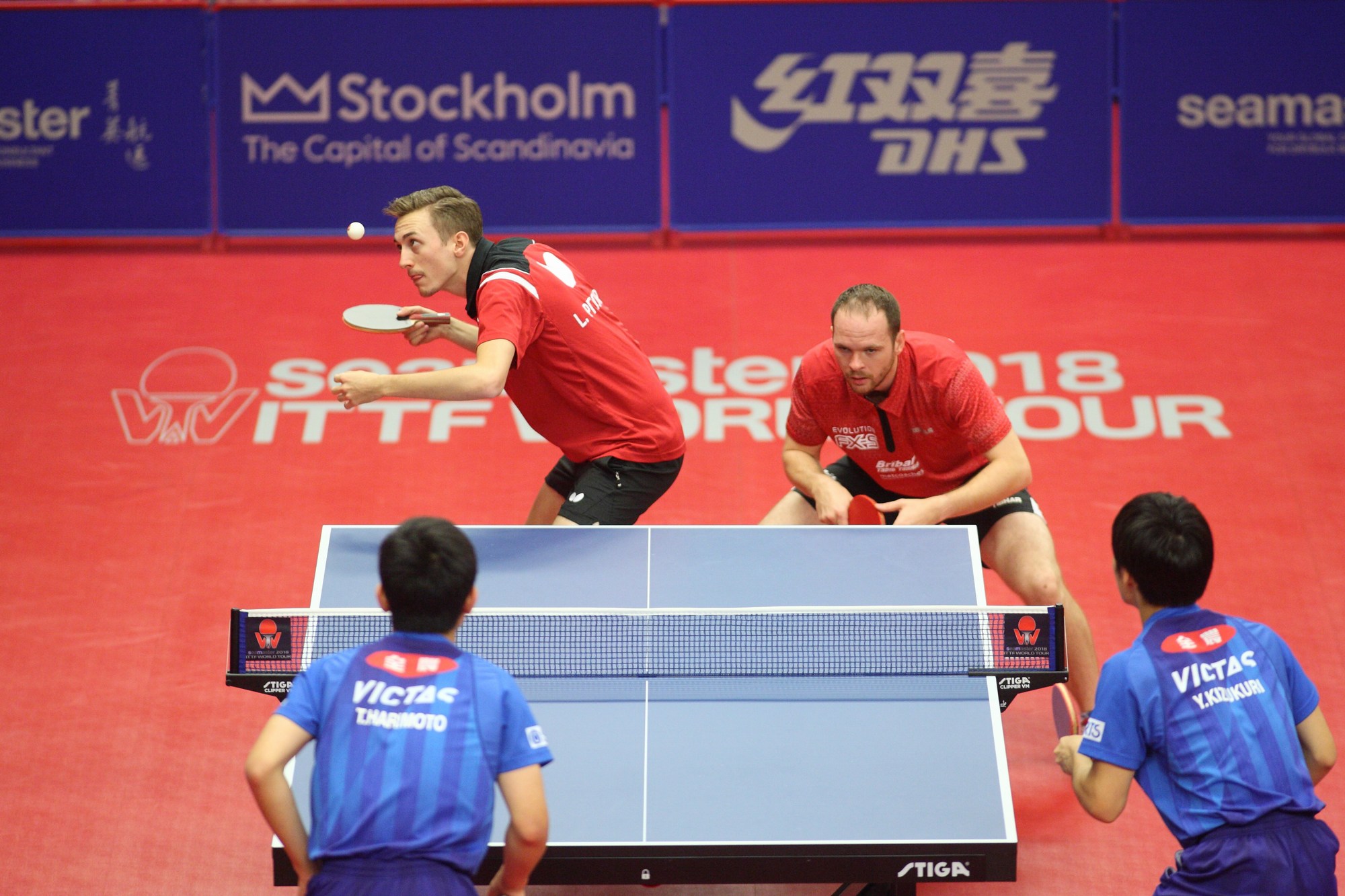 Liam Pitchford and Paul Drinkhall have been knocked out of the Swedish Open in the semi-finals.

The pair, the 17th seed here, took the first game 11-5 against No 4 seeds Liao Cheng-Ting & Lin Yun-Ju (TPE), but then saw their opponents reel off the next three to go through to the finals.

The Chinese Taipei pair narrowly won the second and third games 13-11 and 12-10, and then took the fourth 8-11, ending English involvement in the World Tour event.

In the quarter-final round earlier that day, Pitchford and Drinkhall had an incredible battle against Japan’s Tomokazu Harimoto & Yuto Kizukuri.

They then went down 10-6 in the second game, before saving four game points to even the score to 10-10. A point by point battle then commenced, with the English duo eventually taking the second game 16-14.

In game three, the score was once again levelled at 6-6, when Pitchford and Drinkhall then pulled away, winning the next 5 points to make it 11-6 and lead with 2 games to 1.

Harimoto & Kizukuri then fought back to take the fourth game 11-9, leaving all to play for in the deciding game.

After taking an early 3-0 lead, Pitchford and Drinkhall then found themselves 9-10 down, but with a place in the semi-finals at stake, the English pair pulled through to win the next two points to and lead 11-10.

The final point came with a finish to remember – Paul Drinkhall was left almost sitting on the floor after executing a forehand top spin that left Liam Pitchford looking on in disbelief.

The pair, along with Andrew Baggaley, Tin-Tin Ho and Maria Tsaptsinos, will be playing again next week as the ITTF World Tour Austrian Open starts. The qualifying group action begins in Linz on November 6.