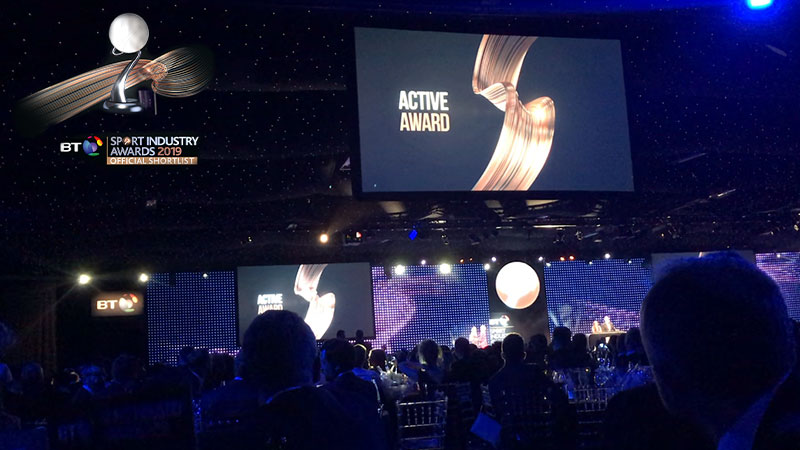 Hosted by ITV’s Mark Durden-Smith and former England footballer turned TV pundit Alex Scott, the star-studded evening celebrated the achievements from across the sector, with 1,700 guests attending the event at Battersea Evolution in London.

Table Tennis England was honoured to be shortlisted for the ‘Active Award’ for the Ping Pong Parlour project and were represented on the evening by Head of Participation, Keely Armitt and Marketing and Communications Officer, Julie Snowdon.

Twenty awards were up for contention, ranging from Sport Organisation of the Year to the Diversity and Inclusion Award, with some big names hoping to secure the prize, such as the FA, Formula One, ICC Cricket World Cup and the All England Lawn Tennis Club.

After a three-month judging process by a panel of senior industry figures, it wasn’t to be for the Ping Pong Parlours initiative, which has inspired hundreds of thousands people to play table tennis in over 45 shopping centres nationwide, with the top prize going to London Landmarks Half Marathon & Tommy’s.

The team were disappointed but not down-hearted, as Julie said:

We didn’t win but are justifiably proud that our small team were standing shoulder to shoulder with some big names in the sports world and just to have made the shortlist was an amazing achievement. As the Ping Pong Parlour project grows, so we are learning the impact it has on people’s lives and are confident this isn’t the last time our project will make a name for itself on a national platform!