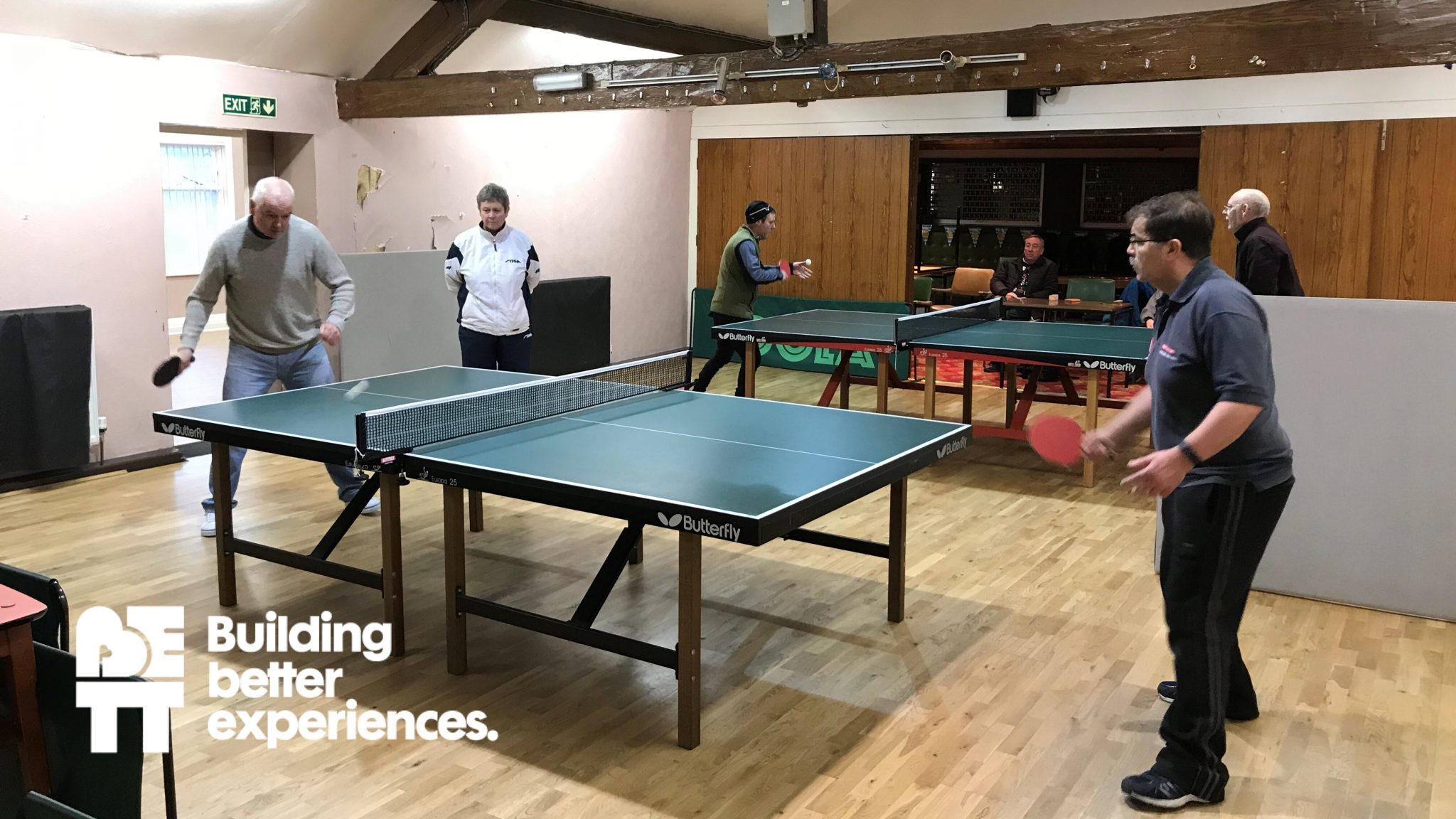 The Lytham St. Annes League were invited to take part in Year 2 of the Be TT (Better Experience) programme in 2018 as a targeted intervention, focusing on leagues who could benefit from support to help retain and increase membership.

Since its heyday in the late 70’s the league has reduced to just one division of 31 players the second smallest in England, the league had lower than national average female membership of 6%, and a membership lapse rate of 24%.

After a meeting with the league exec, Prebond Table Tennis Club came forward to discuss plans to expand and increase activity at the club, which would also benefit league membership.

Two programmes were proposed, a new adult & junior coaching session held on a Saturday morning 10am to 12pm and an open adult session on a Monday evening 7pm to 9pm. Both to take place at Prebond TTC a three table venue based in Lytham Catholic Club in the heart of the town.

The club was invited to apply for Be TT funding to contribute towards venue hire, equipment and marketing for the sessions. An open day was held on 10 November and posters produced to publicise in community locations and via social media.

The open day was a great success with 18 attending. Since the launch sessions numbers have steadily increased with 24 players including 5 juniors attending the Saturday morning sessions.

The programme has had a positive effect on the club, and has gone better than I could have imagined. The club are looking to encourage those attending to play in the clubs 2 a side summer league as a stepping stone to playing in the Lytham St. Annes League.

Local coach Jenny Heaton who offers coaching to both juniors and adults on a Saturday morning said:

The sessions have been a real success, it’s been great to see how much they have all improved in just 3 months, they’ve also really benefited from having club members to help at the sessions.

The open sessions have been one of many recently established along Lancashire’s Fylde Coast, there are now seven open and Bat & Chat sessions within a 10 mile radius, encouraging regular adult and junior participation, all with a mix of established league, social and new players attending, with a number now playing regularly in local leagues.

Year 3 of the Be TT programme will have a focus on:

Details of the programme will be announced and launched in March.