How Young Ambassadors are helping to grow our sport

Discover how Weymouth League is using Young Ambassadors to fill their gap in coaching provision and to attract more people into the sport, particularly women and girls. 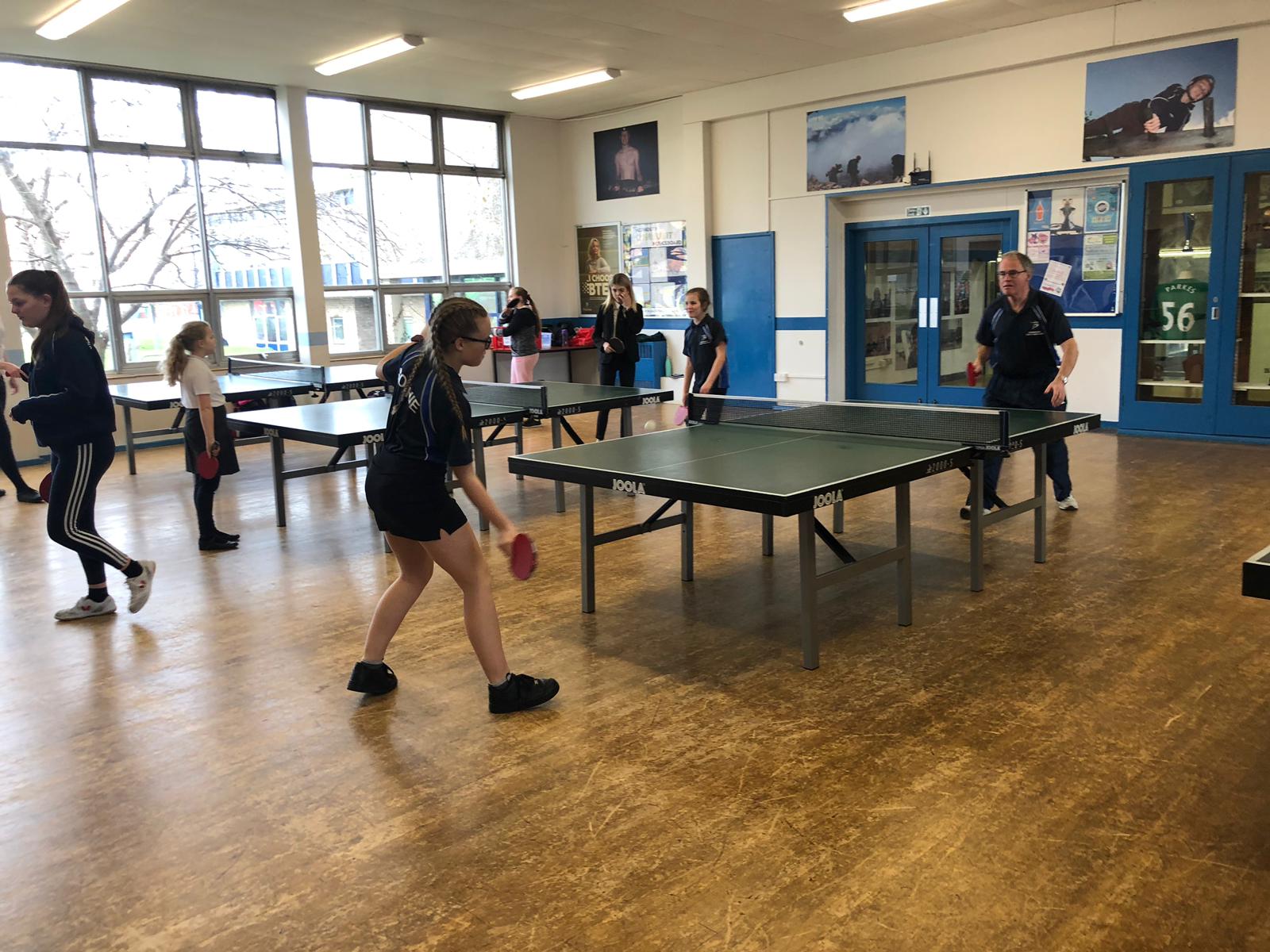 Gemma Parry, Table Tennis England’s Volunteering and Development Officer (South West) and part of the Women and Girls’ working group, discovers how one league is utilising the Young Ambassadors Programme to encourage more people to pickup table tennis – and to help fill a gap in coaching provision.

Andy found himself in a situation I hear about quite a lot as a Development Officer, and it’s that of not having access to enough coaches to support the local demand for table tennis. He has tried again and again to source individuals who are both motivated to want to coach and also give us some of their free time, to then source local coaching courses, only to get people trained up and have to leave the league for a variety of reasons. As we know, this process isn’t a quick process either, and thus instead of continuing to get frustrated by this he decided to try a different approach.

“When I saw the promotion of the Table Tennis England Young Ambassador Scheme, I thought it was a great idea.

“Who better to inspire young players that those who have been in that position before?

“Several young players jumped at the chance for various reasons from getting coaching experiences to giving something back.

“We have several young volunteers at the club now and three of them are now a part of the TTE Young Ambassadors Scheme.

“Some of the volunteers assist my sparring and others are general helpers at my sessions.”

I was really excited to then get to meet some of the Young Ambassadors and see them in action.

He was bowled over when 60 women and girls came to his first session. The drop off rate was extremely small and he struck a real cord in providing what local women and girls were looking for. Why do I mention this? Because one of the Young Ambassadors at the session attended those sessions with her mum…. Her Mum who then invited her friend…. who then brought her daughter. Which was the starting point of a process which, two years later, as I walked into a sports hall at a Community College in Weymouth, has breed a weekly women & girls’ session for the Weymouth League which was five tables full with two Young Ambassador’s supporting the running of the session. When I say supporting, they could have run it all on their own! Any time the volunteers were free the young people wanted to hit against them, and Andy knows just how powerful it is for the younger players to have the older players to look up to.

“Players, and the Young Ambassadors actually, like to feel they are getting individual attention and interest, I always try and go around and speak to everyone. This is a massive bonus for us to have these young people.”

I was lucky enough to be able to speak with two of the Young Ambassadors, Holly and Sophie, and I asked them about what motivated them to volunteer with the club.

Holly explained: “I just really wanted to get involved with the club and to help other people. It really motivates me to see the players come back every week and to see them improve. Especially when you’ve been doing it for longer and they remember some of the stuff that you’ve taught them before.”

Sophie added: “When I started playing, I guess I was older than most people and so I now want to help give the opportunity of playing to younger people to get them engaged younger so they can make more progress. I wasn’t that late to start [Year 7], but I wish I had found it earlier because I used to do football and stuff, but that’s not going to get me anywhere because it’s too big of a sport, but in table tennis there’s more opportunity to get higher in the ranks.”

What really struck me more than anything about these two Young Ambassadors was that, when talking to them, they were able to explain very eloquently that they saw their roles as supporting more women and girls into the game. That they hadn’t been deterred by the fact that there isn’t much visibility of women and girls in the game, that they saw their role as being a force to chance this, to offer that visibility to females in Weymouth. And in fact, Sophie had taken on the opportunity to do this at our Table Tennis England Nationals event as an official and had come back even more motivated to achieve as a high-level player. Sophie also decided that she would like to run an awards evening for the Leagues young players to recognise their playing this season. From sourcing and booking the venue, to organising certificates, Sophie is doing it all!

“In football and other games, the runner up will often get a medal too. We don’t have that so I wanted to give each of the young players in the league an event and certificate to recognise the hard work they have each put in to the season.”

Moving forward Sophie and Holly would like to get to the top of their playing careers [whilst supporting other people get into the game] and then think about more formal coaching qualifications. The main thing for them now is to inspire other to love the game as much as they do, and to make sure more people get the exposure of the game and the opportunity to play.

Andy explained: “Something I feel is key to getting the volunteers engagement is having the sessions I need help with happen directly before their training sessions. This helps mums and dads with their drop off and pickups, and also isn’t then seen as something too extra for our players to get to.”

I was bowled away by what the league have achieved and development with their Young Ambassadors and volunteers, by also in the attention to detail and development that the league has put into its young people and programmes to get it to where it was when I visited. A very big well done to Andy Millar and the Weymouth League Committee – and to Sophie and Holly who are two very inspiring table tennis players and volunteers.