The Grand Prix series has undergone a restructure – with prize money now up for grabs in every category. 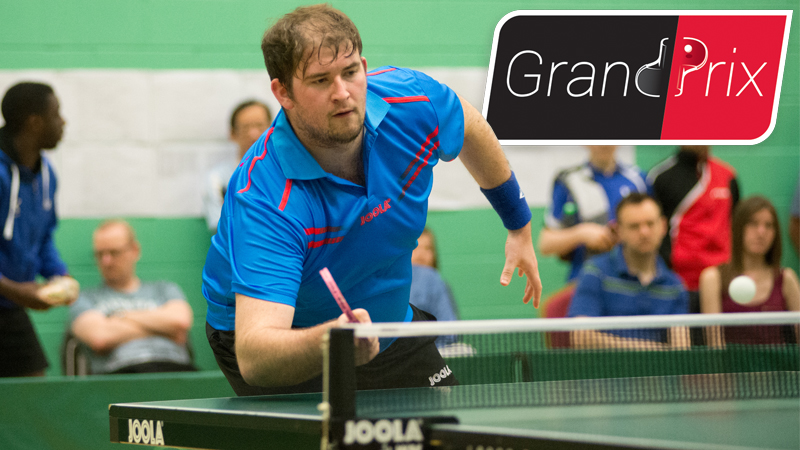 The Grand Prix series has undergone a restructure – with prize money now up for grabs in every category.

The move follows a detailed review of the competition, which highlighted a severe shortage of officials available to run eight events, in particular referees.

As a result, a number of key changes have been made, including:

The review also addressed player views about entry fees, and in order to transparent about the cost of the Grand Prix series, we will be publishing the financial information from the 2017/18 season shortly.

Carol Miles, Competition and Event Manager, commented: “One of the key pieces of feedback we get from members is that the cost of the Grand Prix series is too much.

“However, the competition isn’t a profit-maker for Table Tennis England, and only just breaks even without including staff time and outsourcing costs.

“We have evaluated fees and restructured them, allowing us to reduce entry fees for banded events by £6 each.

“As a result we expect most players to save money and benefit from reduced overall entry fees.

“We are also exploring localised sponsorship options, which if successful would increase the prize money.

“Anyone interesting in sponsoring any Grand Prix is welcome to get in touch.”

The new structure will also see events spread geographically and time-wise to avoid a repeat of last season where four Grand Prix fell in eight weeks. Details of dates and locations will be announced later this month. However, please be aware that no Grand Prix will take place in August due to the unavailability of referees and venue.

While current referees have agreed to support the new five-event format, Table Tennis England is still appealing for more officials to come forward.

Carol said: “We are very grateful for all the officials that give their time, but a large burden is falling on this small population and we need more people to come forward, especially referees, to enable us to continue delivering national events.

“Table Tennis England is currently developing a programme to support the development of more officials, and we urge players and supporters to consider completing an official’s course and help support our sport.”

To find out more about officiating courses, click here. https://tabletennisengland.co.uk/coach/officials/