Bat & Chat, a Table Tennis England programme, is helping to combat social isolation and get over-55s more active in Chelmsford. 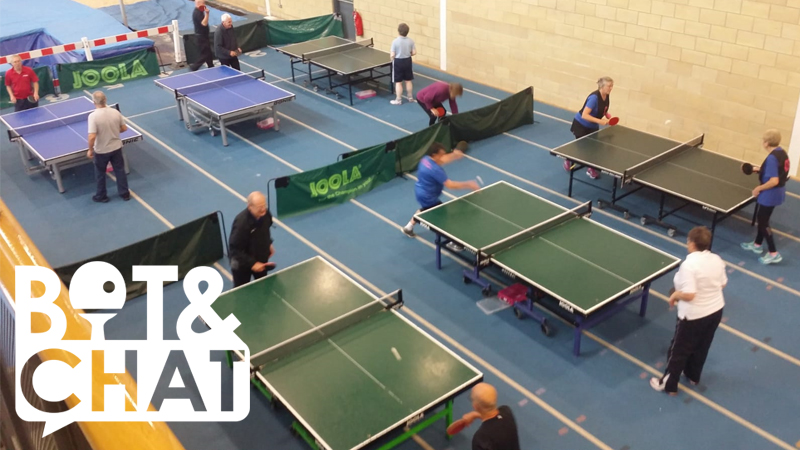 The sessions were started about a year ago and as well as combating social isolation and encouraging older people to be more active, they have also been a springboard into local competitions.

Organisers provide basic coaching to get beginners started, and then they can choose whether to continue to play socially or to get extra coaching and try to improve further.

One player who went down the latter route is Paul Bullock, a 73-year-old retired teacher from Basildon. He started attending the group, which meets on Tuesday mornings at Chelmsford Leisure Centre, early this year, and has now ‘graduated’ to two league teams.

“It really was a superb beginning to table tennis for me,” he said. “It’s like any sport, you have to get the basics in place if you want to play to a reasonable level and there was a coach there who could do that.

“I had the ability to reach a reasonable standard and now I’ve joined a couple of league teams – Chelmsford F in the Chelmsford League and Mount Nessing in the Brentwood League.

“For me, competition is everything and I get more of a buzz out of it than going to the gym, but there are plenty of others who just want to come along for the physical activity and the social contact and you build a bit of a social bond with them, it’s nice to see them.

“You can take it a bit further if you want – I’d like to improve and keep playing – but there’s no need if you don’t feel that way. It’s a move in the right direction to keep people active later in life.”

Gordon Gatheral, who organises the sessions, said there were about 10 players at each meeting, but that there are plans to expand when they move to a new leisure centre in the town in the next few weeks.

He added: “We started it because we had lots of things for youngsters and also girls-only sessions and that left nothing for the more mature player.

“We show people the four basic strokes and from then on we only coach them if they ask us, but people pick it up quite quickly.

“We’ve got about four players who can play to league standard and two have made that jump and play regularly in a league.

“There are a few who don’t want to go that far but they all mix in quite well. It’s quite a tight-knit group and they all enjoy meeting each other.”

To find out more about the Bat & Chat programme for your club, click here.