Fourteen young players will represent England on the international stage at the upcoming European Under-21 Championships and Senior Home Countries International. 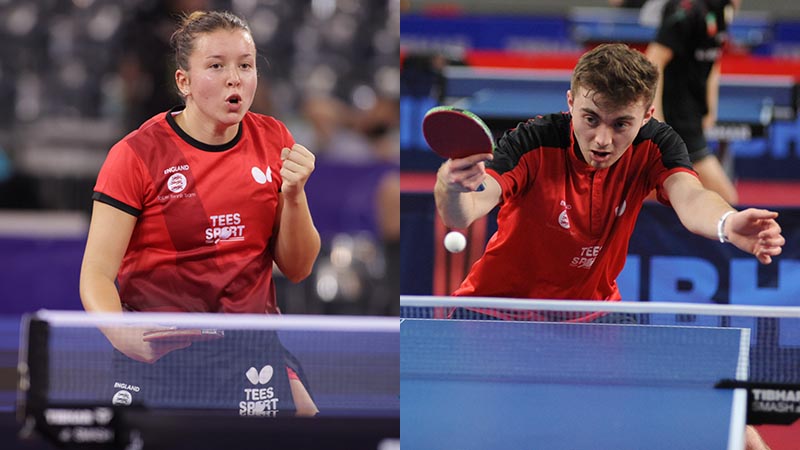 Fourteen young players will represent England on the international stage at the upcoming European Under-21 Championships and Senior Home Countries International.

Denise Payet and Matthew Daish will compete at the Europeans in Spa, Belgium, next month.

The duo have qualified for the competition, which runs from November 10-14, via their places in the top 48 of the last available European Under-21 rankings, which were published in December 2020.

The Home Countries event, which is in Largs, Scotland, from November 12-14, will see six boys and six girls on duty across three age groups – Cadet, Junior and Senior. They include brothers Jakub and Kacper Piwowar.

The squad will be coached by Evie Collier, Craig Bryant, Kelly Sibley and Lois Peake.

Kelly Sibley said: “I’m really looking forward too attending the Home Countries, especially as this year there will be three female England coaches in attendance.

“I’m excited to watch our young players in action and compete at such a big event. They’ve been doing some great work in the training hall and I know they can’t wait for the tournament to begin – come on England!”

It will be a first time coaching in the England set-up for Lois Peake, herself a Senior England international. She said: “I’m really looking forward to working with the squads and bringing home some good results and performances.

“A lot of the players are playing up an age group and it’s always very valuable to play older and more experienced players – you can learn from them and how they conduct themselves on and off the table. You get a higher quality ball to face and a more tactically astute opponent. I’m more than confident our players are capable of stepping up.”