Women’s league up and running thanks to Be TT

Norwich City Table Tennis Club have been able to provide a range of opportunities for women and girls thanks to Be TT funding. 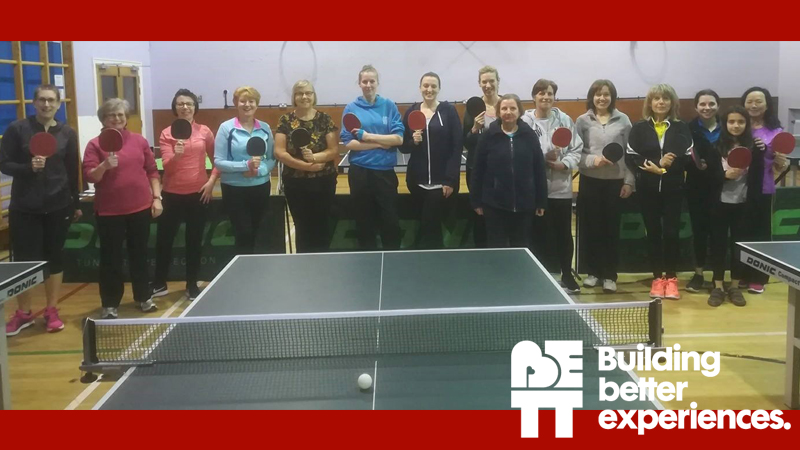 Norwich City Table Tennis Club have been able to provide a range of opportunities for women and girls thanks to Be TT funding.

Be TT funding was able to help support the development of the league and after the initial 10 weeks of coaching, five teams entered the league. The format saw matches played once a month over a four-month period, something which was key was allowing players the opportunity to practise in between fixtures.

It was a 2-v-2 format, which worked well as matches were over within 90 minutes, which left time for social play and for players have a chat afterwards if they wished. The most important aspect of the league was that it allowed flexibility for all involved – if a player was late, the fixtures were still able to take place.

Stuart Laws, the Norwich City TTC coach who led the programme, said: “The main positive was that they enjoyed playing and were able to play against players of a similar ability. We will be running it again in September and are looking forward to engaging more women into the game.”

Colette Gooding, Table Tennis England Development and Volunteering Officer South East and East, added: “It’s great to see a programme which has allowed women and girls such flexibility, but has also helped develop women’s table tennis, something which is really important to Table Tennis England.”

Applications are now open for the third year of Be TT funding – click here to find out more, including how to make an application.