It’s ladies day in the world of British League table tennis as 34 teams in five divisions are moments away from commencing play in the first weekend of the 2012/13 Women’s British League season.

Ormesby will be among the favourites to take the Premier Division crown after last year’s winners DHS Progress left the competition, but with a vast array of talent including Alice Loveridge, Jessica Dawson and Emma Vickers spread across all teams, the weekend promises to be an epic one for players and spectators alike. 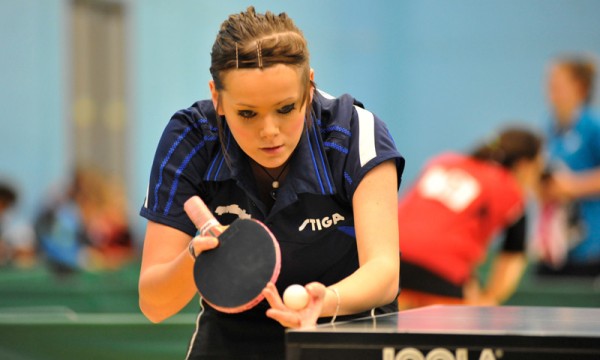 Congratulations to the team of the weekend – Ormesby 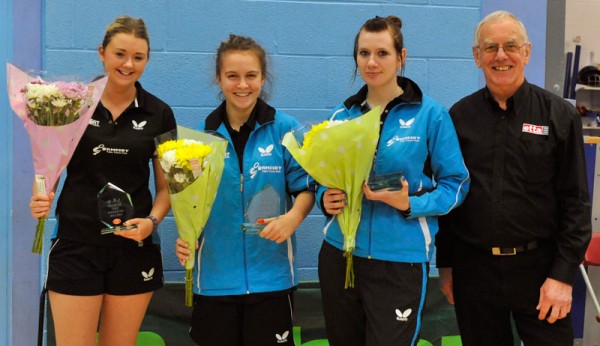 Congratulations to Lois Peake –  Player of the weekend 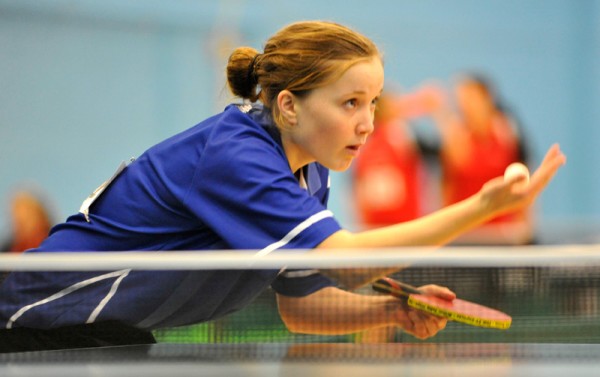 Karen Shepherd – in it to win it…

Maria ‘too hot to handle’

Lois Peake – player of the weekend

Ormesby are in prime position for Premier League silverware after completing their fifth win of the weekend in comprehensive style with a 6-0 win over Thorntons TT. Draycott and Long Eaton and Halton TTC remain in contention despite being three points behind Ormesby, after winning their final games of the weekend against Burton Uxbridge and Sportingbet Guernsey respectively.

Byng Hall A remain top of Division 1 despite drawing their final game of the weekend with Poole Ladies, who sit two points behind them. Meanwhile, there were wins for Woolwell and Knighton Park.

Leeds Ladies recovered from their loss to St. Andrews to beat Morpeth Greenhouse 5-1. Their result leaves them a solitary point ahead of Halton TTC in Division 2, who drew with Ireland Ladies in the final round of fixtures.

Division 3 saw Fusion Ladies end the first weekend leading the topsy-turvy division after beating Byng Hall B 5-1. They sit a point above AICES, who ended the weekend with a 5-1 victory over East Midland Draycott.

Finally, Formby became only the second club to end Weekend 1 with a 100% winning record after they comfortably beat Halton TTC 3 6-0. They sit two points ahead of Cippenham and Byng Hall C.

Team of the week Ormesby won their fourth consecutive match after they beat Sportingbet Guernsey 5-1. They have a three point cushion at the top of the table, after Draycott and Halton TTC held each other to a draw.

In Division 1 Byng Hall A picked up from their impressive form yesterday to register their fourth straight win over Woolwell. In hot pursuit of them are Poole Ladies, who they play in round five. They beat Knighton Park 5-1.

Leeds Ladies were dealt a blow in their quest for promotion from Division 2 after suffering defeat to St Andrews TTC 4-2. The result sees Halton TTC 2 on top of the division, as they have won one more game. They beat Morpeth Greenhouse 6-0 to go top.

AICES’ 5-1 loss to Fusion leaves Division 3 more open than ever with one point separating four teams. Fusion top the division on seven points, with AICES, Byng Hall B and East Midland Draycott all on six.

Cippenham Ladies were brought down to earth after enduring a 6-0 thumping at the hands of Byng Hall C. The loss was their first of the season in Division 4, and allowed Formby to take a stranglehold of the division after their 6-0 demolition of Halton TTC 4.

Ormesby ended day one at the top of the Women’s Premier Division after overcoming rivals Draycott and Long Eaton 4-2. Two wins apiece from Maria Tsaptsinos and Karen Shepherd were enough to condemn Draycott to defeat, who now sit level with Halton TTC and Sportingbet Guernsey on four points each.

Byng Hall A completed a superb opening day as they beat Fusion Wags to give them their third win in as many games. They sit two points ahead of Drumchapel Glasgow 1, who beat Poole Ladies 5-1.

Leeds Ladies won the battle of the top two in Division 2 as they comprehensively beat Ireland Ladies 5-1, they sit two points ahead of Ireland and Halton TTC 2, who beat De Vere Netts 4-2.

Division 3 is the tightest of all the divisions, with just one point separating the top three teams. It’s AICES who perch at the top of the ladder after round three, after beating Drumchapel Glasgow 2 5-1, however with Fusion Ladies and Byng Hall B just one point behind, everything is up for grabs.

Finally, Formby and Cippenham Ladies completed perfect days in Division 4 after beating Sutton at Hone and Halton TTC respectively. The two will play each other on Sunday.

Ormesby and Draycott maintained their winning starts to the season after overcoming Halton TTC and Thorntons TT respectively, the two teams will face off in the final round of fixtures of the day.

Byng Hall A are top of Division 1 after beating Knighton Park 4-2, they sit one point ahead of Fusion Wags, who beat Poole Ladies 4-2.

Division 2 will have an outright leader after round 3 after Leeds Ladies and Ireland face off. The two teams are currently tied at the top with two wins each after overcoming Halton TTC 2 and St Andrews respectively.

Division 3 sees a three way tie at the top of the division, with Fusion Ladies, Byng Hall B and AICES all having two wins each, with East Midland Draycott Ladies one point behind them after their win over Drumchapel Glasgow 2.

Finally, Formby and Cippenham both recorded their second victories of the weekend over Fusion New Stars and Halton TTC 4, which sees them joint at the top going into round three.

Ormesby have taken an early lead in the Women’s Premier Division after thrashing newcomers Burton Uxbridge 6-0. The result sees them ahead on points difference, with Draycott & Long Eaton and Halton both picking up wins against Sportingbet Guernsey and Thorntons respectively.

Poole Ladies and Byng Hall A took a stronghold of Division 1 with opening round victories over Drumchapel Glasgow and Woolwell respectively, while Knighton Parks’ life in Division 1 began with a draw against Fusion WAGS.

Ireland Ladies made their intentions clear early on as they thumped Morpeth Greenhouse 6-0, while there were also 4-2 wins for Halton TTC 2 and Leeds Ladies.

Finally, Formby are top of Division 4 after a 5-1 win over Byng Hall C, while in hot pursuit are Cippenham Ladies, Halton TTC 3 and Fusion New Stars who all won 4-2.