Why we are proposing changes to international kit rules 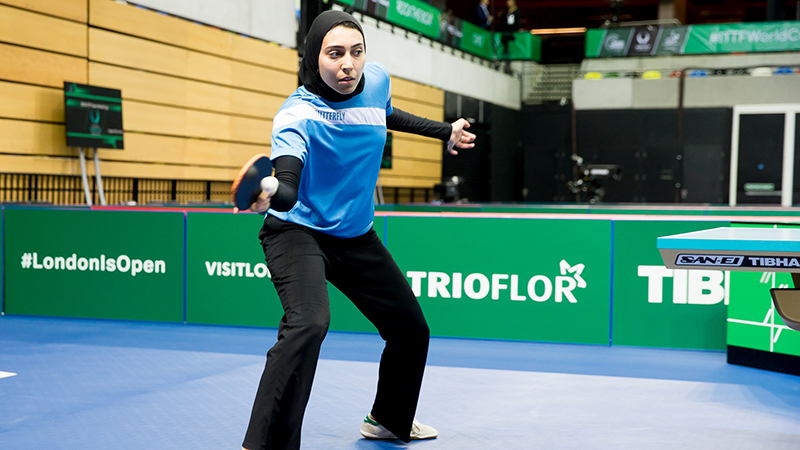 We have proposed a resolution to the ITTF AGM on November 24th as follows:

The AGM asks the ITTF executive to undertake a meaningful consultation with member associations, the Athletes Commission, the ITTF Gender Commissioner, clothing manufacturers and any other relevant bodies on competition clothing to ensure greater flexibility and choice of competition clothing for all players. The consultation should be conducted with a view to submitting a proposition to amend Regulations 3.2.2.1 at the next AGM.

3.2.2.1 Playing clothing shall consist of a short-sleeved or sleeveless shirt and shorts or skirt or one-part sports outfits, socks and playing shoes; other garments, such as part or all of a tracksuit, shall not be worn during play except with the permission of the referee.

Table Tennis England would like to see the regulation amended to allow for full-length clothing such as long-sleeved tops and leggings/tracksuits in competition without the need to seek permission from the referee. The regulations should not be gender specific.

The move co-incides with the amendment to domestic regulations announced earlier this week and follows research conducted by Table Tennis England and its partners which found that the inflexibility of kit options has been a key theme or a barrier leading to women and girls dropping out of the sport.

The current dress code is restrictive for people from certain religious communities to adhere to and females in particular can find it embarrassing and a perceived barrier to seek ‘permission’ to wear a particular type of clothing.

Table Tennis England Chief Executive Sara Sutcliffe said: “This is a topical issue, having seen for example the German female gymnasts at the Tokyo Olympics wearing unitards, and other international organisations amending their regulations to allow more flexibility.

“Although those examples apply to women’s sports clothing, this is not gender specific and we feel it is right to provide the right and opportunity for all players to wear clothing they feel comfortable in while competing – and we believe it is right for the ITTF for look at bringing its regulations up to date with global developments.”

The resolution requires a simple majority to pass at the ITTF AGM, which is being held in person and via Zoom during the World Championships in Houston, Texas.