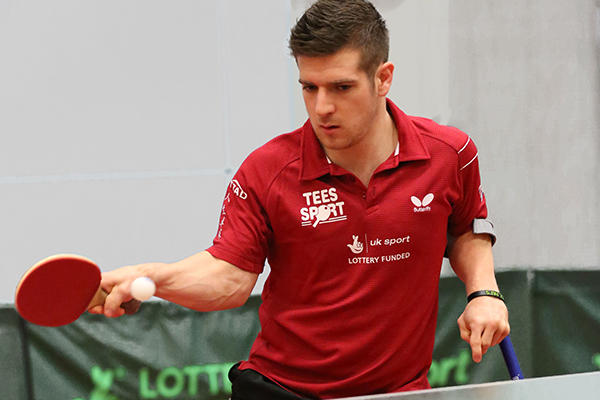 There was further success for the GB Para Table Tennis Team on the final day at the PTT Korea Open when Torpoint’s David Wetherill and his Japanese team partner Junki Itai took silver in the men’s class 6 team event.

“On another day it could easily have been different,” said Wetherill. “Taking everything into consideration it’s very encouraging, especially in doubles. I’m looking forward to getting stuck in alongside Paul K (GB team partner Paul Karabardak).”

Tom Matthews and his Japanese team partner Nobuhiro Minami finished second in the men’s class 1-2 team event with a 3-1 win over the second Korean team but with three teams in the competition only one medal was awarded and that went to Korea 1 after they beat Matthews and Minami 3-0 in the deciding match.

“I feel I played better today but not to the standard I’m at in training,” said Matthews. “I knew this was going to be a physical and mental challenge for myself travelling to three different time zones in less than five days but I’ve learnt from this experience. I look forward to getting back to training to prepare for the European Championships in Denmark.”

Jack Hunter-Spivey and his team partners Jedsada Yodyangdeang from Thailand and Kentaro Doi from Japan finished fourth in the men’s class 4-5 team event won by Korea 1.

“I’m happy to have won a tough match against the Thailand No 2,” said Hunter-Spivey, “but would have liked a couple more wins from the team event. All in all it’s been a good tournament for me and I’m looking forward to the Europeans.”