With the return to adult play this week and many Local Leagues beginning to make plans for the new season, we today announce some important developments to our TT Leagues platform. 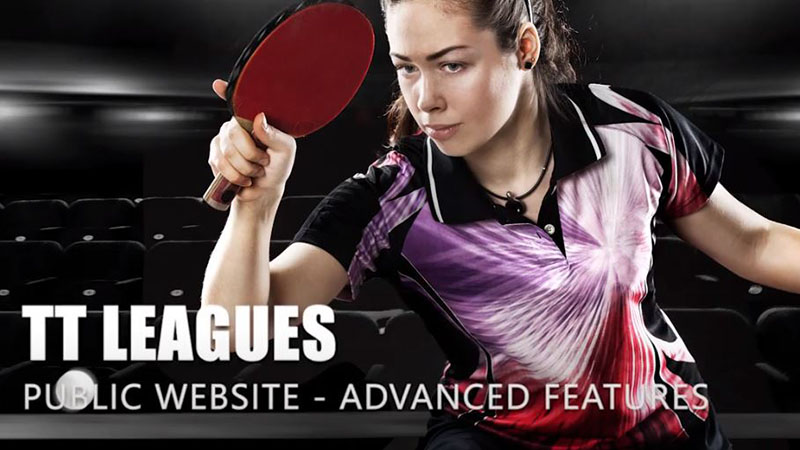 With the return to adult play continuing and many Local Leagues beginning to make plans for the new season, we today announce some important developments to our TT Leagues platform.

New features and technical developments requested by leagues and members have been completed and there is additional training and support available to league administrators.

We are also close to completing developments which will allow TT Leagues to be applied to all Table Tennis England national competitions – British League, County Championships and National Cadet League/National Junior League.

In June last year, we embarked on an ambitious development programme to add new features to TT Leagues. About half of this programme was completed by the end of September. The new features were subsequently demonstrated at two TT Leagues webinars.

The majority of the remaining items have now been completed and included in the new release (Version 1.7.7) which went live this week.

The table which can be downloaded at the foot of this page lists more than 50 enhancements that have been made to the system as a result of the development programme. These cover all aspects of the system, from creating a competition, through fixture generation and results management, to managing the public website.

Among the new features to note are:

There are still some further enhancements to be added to the system – notably data downloads and data dashboards. We are also reconfiguring the mobile phone App as an information hub as well as a means of submitting and approving results. We aim to have all the outstanding items completed before the start of the new season.

New video tutorials are being produced to reflect the new functionality. These will complement the Help Guides which are now directly accessible from the Admin system.

Two video tutorials have already been produced. Both relate to the Public Website – one on “Basic Features” and one on “Advanced Features”. Both tutorials are on the TT Leagues page of this website and you can also view them below.

These are aimed at league administrators but will also be helpful to league members in showing the wide range of information and functionality that is available on the TT Leagues websites.

The next video tutorial in the series will be how to set up a new league competition based on the previous one. Using a previous season’s competition streamlines the process. A video tutorial on how to use the direct-entry system for entering results and submitting/approving score-cards is also planned.

Significant development work has been undertaken so that TT Leagues can be used for the full range of British League competitions next season. The development work is not yet complete but has progressed well and should be complete by the end of June.

Last season, ad-hoc pilots were run in TT Leagues for both the County Championships and for National Cadet League/National Junior League. These proved to be very popular with players, particularly in terms of the detailed information they were able to provide about team and player performance. We plan to formally extend these pilots for the 2021/22 season and undertake the development of functionality needed to fully support these formats.

Further details on these developments will be announced in due course.

In addition to all these developments, we have also expanded our partnership with Rocca Creative to create a new online club management tool – TT Clubs. You can read more about this by clicking here.