Tsaptsinos up for top student award

Commonwealth Games medallist Maria Tsaptsinos has been shortlisted as BUCS Sportswoman of the Year. 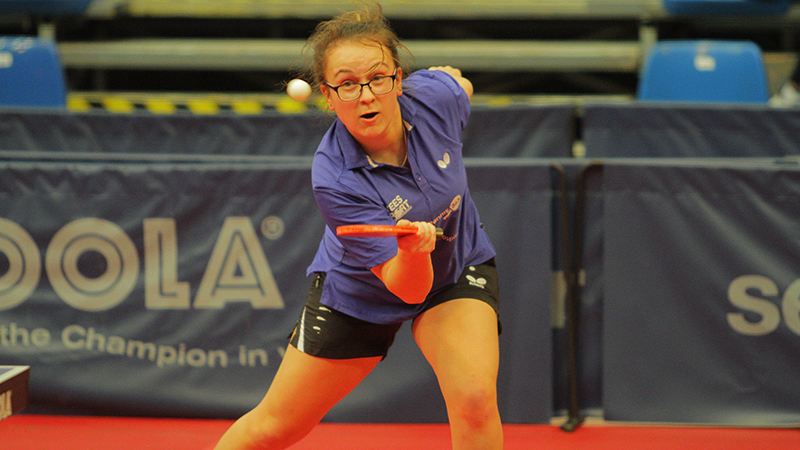 Commonwealth Games medallist Maria Tsaptsinos has been shortlisted as British Universities and Colleges Sport (BUCS) Sportswoman of the Year.

The University of Nottingham student, who graduates at the end of this academic year, was part of the line-up which made history at the Commonwealth Games in April, winning England’s first table tennis team medal, a bronze.

In the last year, Tsaptsinos also won women’s singles and mixed doubles gold, plus women’s doubles silver, at the BUCS Championships and was selected to represent Great Britain at the World University Games.

She is on a shortlist of three for the award along with canoeist Eilidh Gibson of University of Edinburgh and swimmer Anna Hopkins from University of Bath.

The winner will be announced at a black tie dinner at the University of the West of England on July 12.

More than 200 nominations were made to BUCS across the 10 award categories, with entries whittled down to three in each section.

Meanwhile, the University of Nottingham has been named as host of the BUCS Table Tennis Individual Championships for the next three years after a bidding process. The event will be at the David Ross Sports Village, which hosted the PG Mutual National Championships in 2017.

Former England international Kelly Sibley, Head Coach at the university said: “I’m very happy that University of Nottingham have won the bid to host the BUCS Individual Championships for the next three years. This is the main event of the table tennis calendar for us and it’s great that once again it’s being held here at David Ross, where we can show off our amazing facilities.”
Download As PDF