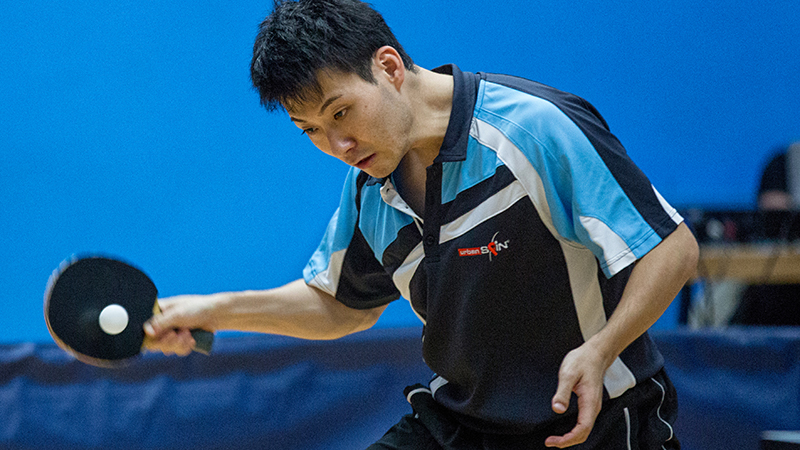 The final weekend of British League action this calendar year commences today as clubs jockey for position heading into Christmas.

After three rounds a fascinating story has unfolded. Seven points separate the top from the bottom, but staggeringly, each team down the ladder is just a solitary point behind the other. From leaders Urban on 11 points right down to bottom club Fusion on four, all eight sides could drastically move in the space of a day.

The standout fixture, undoubtedly, will take place in Northern Ireland. Ormeau host Urban TTC in a battle of the division’s top two sides.

For Urban, the defending champions, they will head into the match confident. They will likely field a side featuring three of their four-star players who are all unbeaten in singles action this season. Satoshi Aida has been the star but he’s been ably assisted by the likes of Szilard Gyorgy, Daniel Schaffer and Alim Hirji.

Ormeau will likely call on Matt Ware after his impressive win over Daniel Reed in their defeat to Ormesby last time out.

Ormesby will look to maintain their unbeaten start to the season, and capitalise on the top two facing each other when they face Fusion.

The Cleveland club will be strong favourites against the winless Fusion side, who will be relying on the old guard of Lorestas Trumpauskas and Kazeem Adeleke to do the business.

BATTS travel to North Ayrshire in a battle between fifth and seventh, with the Essex club looking for a third straight win, while Cardiff, who are sixth despite losing all three games this season, will look to break their duck in Scotland as they face Drumchapel.

Cardiff have lost all three of their matches 3-2 so far this season but will be hoping their fortunes turnaround on Saturday. Though they face a tough task.