British Para Table Tennis (BPTT) is pleased to announce that Karen Tonge MBE has been appointed as Chairman for 2019-2023. 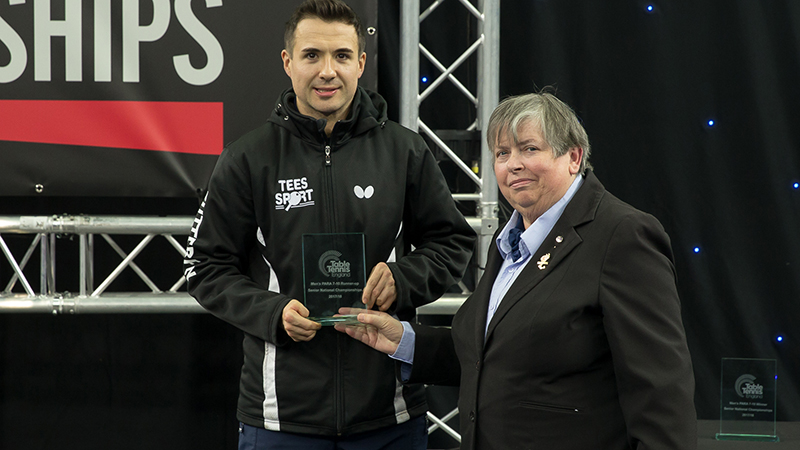 British Para Table Tennis (BPTT) is pleased to announce that Karen Tonge MBE has been appointed as Chairman for 2019-2023.

This appointment was approved by the Board after due process by its Nominations Committee in accordance with the Code for Sports Governance. Karen had been Chairman from 2015-2019 and will now serve a second and final four-year term with effect from March 2019.

Speaking of her re-appointment for a second term, Tonge said: “Para Table Tennis in GB has grown in strength over the last 12 years so it is a privilege to have been reappointed as Chairman.

“I am passionate about Para table tennis and it has the power to make a difference. We are engaging with the Home Nations to identify new talent and have Development and Futures squads. Paralympic success with four medals in London 2012 and two individual golds and team bronze in Rio 2016 were inspirational as we move forward to qualification for Tokyo.

“The last four years have been challenging – forming the new Company, developing a strategy, rebranding as British Para TT and in terms of governance. We still need to attract new sponsors to take the sport forward. I look forward to taking on this challenge again in partnership with the team of British Para Table Tennis colleagues, Board and volunteers who work tirelessly for our sport.”