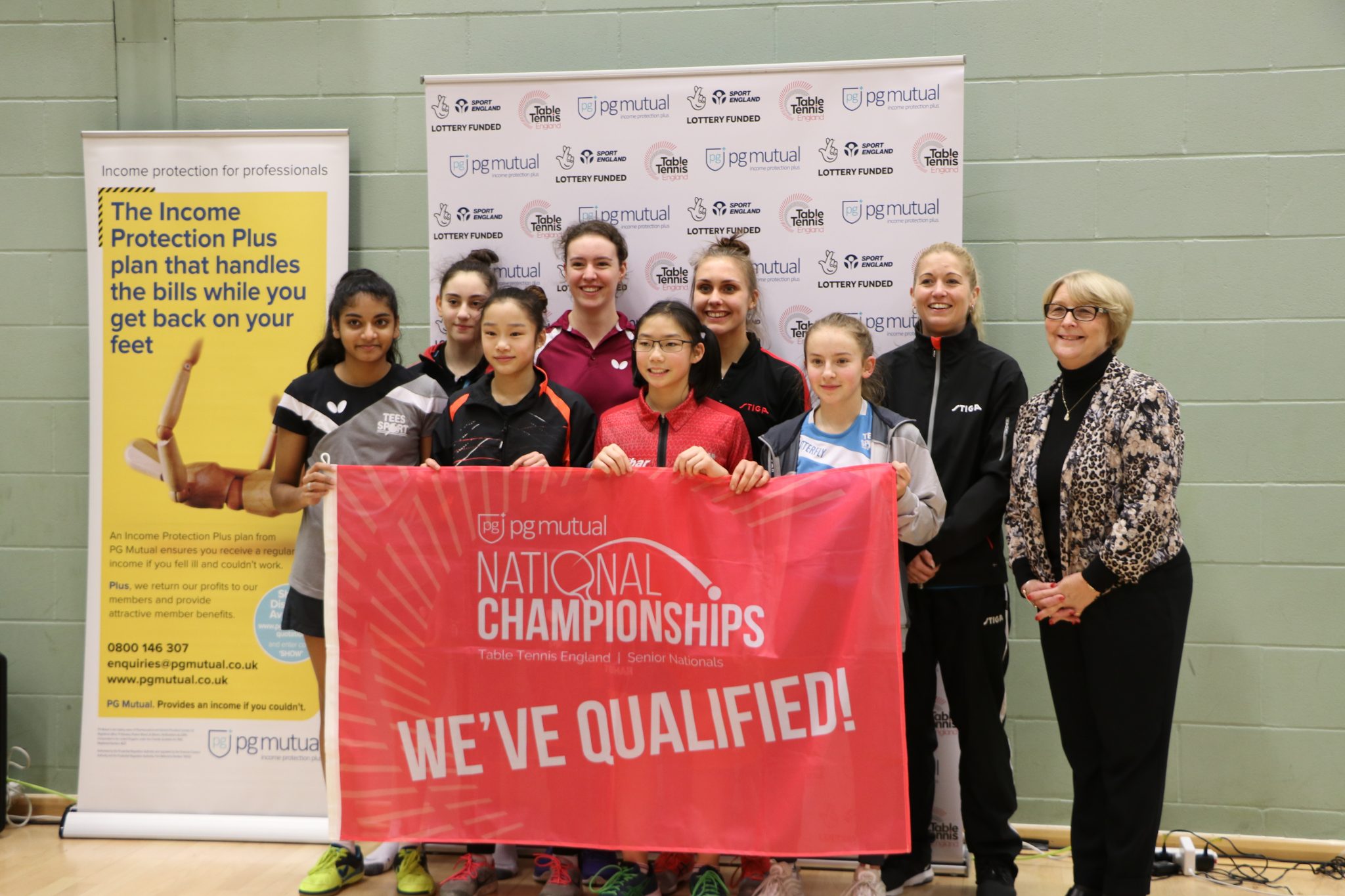 Ten females have secured a place at the PG Mutual Senior National Championships after competing in today’s qualifying tournament.

Speaking after her win, she said: “I’m very happy that I won and that I get to go to the Senior Nationals. For me it is all about the experience of playing in the senior level against higher level players so that I can improve. I’m just going to try my best and go as far as I can and keep trying.”

Megan Gidney, who came second in today’s tournament, had already qualified due to her senior women’s ranking of 16. Speaking after the tournament, she said “It is my first proper tournament back for a quite while and I played well. I entered because I felt I needed to put myself in a pressured situation before the main event.”

This year was the first time the qualification tournament took place, and for nine of the players it will be their first taste of playing on the biggest domestic stage.

Chan, who came third, said: “It will be tough, but it is good experience to play against the older people.”

Fourth place Anaya Patel agreed, “It will be great experience to play against the top players in the country.”

Darcie Proud, who finished fifth today, is hoping she will will face England No. 2 Maria Tsaptsinos.

“I’m really excited about making it to the Senior Nationals and playing against the top players. I really want to play against Maria.” she said.

“There is such a high standard at the Senior Nationals, so it is going to be really full on.”

For the ninth-place qualifier, Lindsay Reynolds, she will be back at an event so has entered multiple times before.

Speaking after securing her spot, she said “It was tough today, but enjoyable. I wanted to go to back to Nationals because it is a challenge and I enjoy a challenge.”

The Men’s event also began today with the same round-robin format, where a total of 54 men were whittled down to 32. Among those who were knocked out was the oldest competitor 69-year-old Dave Randall. The youngest competitor, Felix Thomis, is among the 32 returning tomorrow after coming third in his group. The following players each came top of their groups today: Joseph Langham-Ferreira, Adam Jepson, Jack Bennett, Ethan Walsh, Israel Awolaja, Joshua Weatherby, Joe Cope and David Gofton.

Tomorrow will see the final 32 take part in the progressive knockout format – all with one aim – to secure one of 10 places at the PG Mutual Senior National Championships. The draw for tomorrow can be downloaded below.

All successful players will be at the main event at the University of Nottingham from March 1-3. Joining the 10 qualifiers will be the top 20 ranked players, plus two wildcard entries. The event is the only chance to watch the top players in England, including the Commonwealth Games and Team World Cup medal-winners, plus the leading para players, under one roof.

Tickets are on sale now and start from just £5. Click here to buy tickets.