Several unbeaten records are on the line as Women’s British League teams fight it out for the 2018/19 titles this weekend. 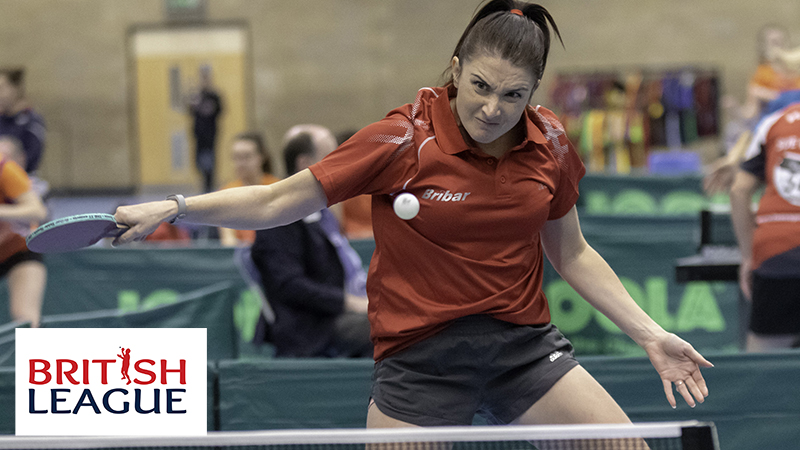 Several unbeaten records are on the line as Women’s British League teams fight it out for the 2018/19 titles this weekend.

They include Premier Division leaders YHL & UON, who boasted a 100% record on Weekend 1. In fact, the Premier Division was the only one not to feature any drawn matches and the table came out in a regular fashion, with the ‘wins’ column reading 5-4-3-2-1-0.

Click here to see the programme for this weekend

The leaders’ closest rivals are Burton Uxbridge, and if the results continue to go to pattern, then the two meet in a title-decider in the final round – with YHL & UON fortified by the knowledge that they won the corresponding clash on Weekend 1 5-1.

The leaders’ Ruby Yang will look to extend her own personal 100% record beyond the 10/10 she achieved in October.

Only four points separate the top five teams in Division 1, where Knighton Park lead the way having won three and drawn two in the first half. Burton Uxbridge II are two points behind, but Halton and Glenburn Irish Ladies are also within striking distance and even Culcheth, four points off top spot, are not completely out of it.

In Division 2, Drumchapel Glasgow are top and unbeaten, having drawn one match, against fourth-placed Halton. Thorntons and Fulham Brunswick are poised two points behind the leaders and Fulham have the chance to make their move in Saturday’s second round, when they face the Scottish team.

Division 3 has no fewer than three unbeaten teams, with Cardiff City and Fusion II a point ahead of Burton Uxbridge III. The top three all drew with each other, but Burton are a point behind the other two on 7pts, having also dropped drawn with Leeds Ladies. Fusion have in their ranks Swetha Khatri, who won all 10 matches in the first half.

With Burton facing Cardiff in the first round of fixtures on Saturday and Fusion in the second round, the destination of the title may or may not be any clearer ahead of the Cardiff-Fusion meeting in the last round.

The remaining three divisions are all led by teams with perfect 5/5 records. Of those, Joola Plymouth in Division 4 have the biggest cushion, standing three points ahead of Cliffedale Chandlers, who in turn are three clear of the rest. It means Plymouth can win the title before they have to face their nearest challengers in the last round.

In 5A, Dun Laoire are two points clear of Cardiff City II, while in 5B there is also a two-point margin as NETTS lead from Drumchapel Glasgow II. In both cases, the final round of fixtures on Sunday sees the top two meet.