The Commonwealth Games may not have a massive following in Scandinavia, but two coaches from that part of the world are masterminding England’s quest for medals at Gold Coast. 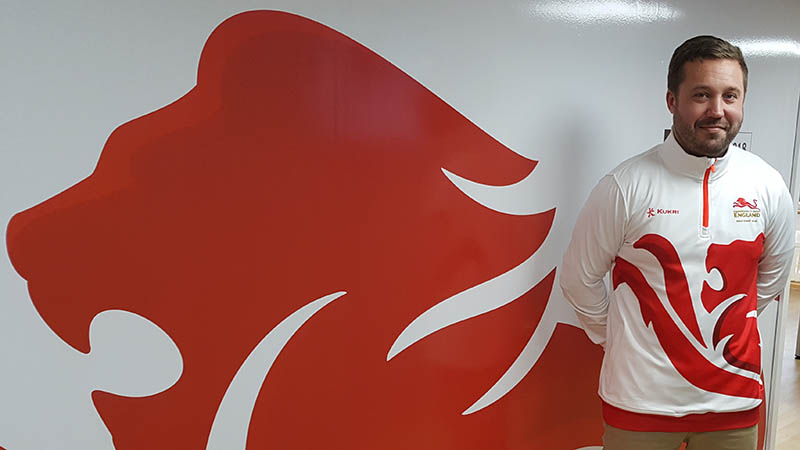 The Commonwealth Games may not have a massive following in Scandinavia, but two coaches from that part of the world are masterminding England’s quest for medals at Gold Coast.

Marcus Gustafson is well known to England supporters, having been working with the women’s team for more than a year.

Men’s coach Marcus Sjoberg was introduced to a wider audience at the Team World Cup in London last month, though he has worked with the players, particularly those based in Sweden, for some while.

With Technical Director Alan Cooke also travelling to Australia, along with British Para Table Tennis Pathway Manager Shaun Marples, there is a strong coaching team behind the players, one which is further augmented by the presence of Evie Collier, who is part of the inaugural Women’s Coach Internship Programme (WCIP).

Perhaps surprisingly, Gustafson is a Games veteran, having steered South Africa men’s team to sixth place – their previous best had been 16th – in Delhi in 2010.

He said: “In Sweden, the Commonwealth Games is not a big thing and hardly gets reported in the media, but I’ve been involved before, so I realise how big it really is and the importance to the athletes and everyone else involved. It’s great to be part of it again.

“Our ambition for the girls is of course to win a medal in the team, that’s the main objective. It will be a difficult task but it’s absolutely possible if we have a good tournament.

“I’ve been with the team at a few tournaments now and it’s a good atmosphere in the team, both on the bench and on the table and also off the table.

“For the individual events, I don’t want to put unnecessary pressure on the athletes, but I’m sure several of the girls have their own objective to win a medal in singles or doubles.”

Sjoberg has high hopes of building on the Team World Cup bronze medal and recognises that the players have the attributes to rise to the challenge.

He said: “At the Commonwealths, we are one of the favourites of course, maybe us and India.

“The boys have performed well in important team events before, at the Olympics and Worlds, and will go for a gold medal.

“My feeling is the team really like these big tournaments and go in with a very good feeling and are good at these type of tournaments.”

Cooke, who has both played in and coached at previous Commonwealths, brings a wealth of experience to the party, though will not be directly coaching the teams in Australia.

He said: “I’ve worked across both the boys’ and girls’ squads this season, but Marcus and Marcus are the guys who are going to lead them as captains. I’m there to help if they need me, and also to be mentor to Evie.

“Things seem to be coming right at the right time for both squads. It’s trying to get all the players in a place where they are ready to perform to their best levels.

“There’s still the opportunity to tweak things that need tweaking but once it kicks off in the matches, everything will be under control and they will be ready to perform.”

With the Team World Cup prefacing the Commonwealths and the World Team Championships following a couple of weeks afterwards in Sweden, how do Commonwealth ambitions fit alongside those on a bigger world stage?

“Players will in their own minds decide what’s important but most see this is a huge tournament,” said Cooke. “It’s the only opportunity outside the Olympics to play a multi-sport event with the TV coverage, so it’s a special tournament for them and they desperately want to do well.

“They go in knowing they have got a very good chance of medals if they’re in their best shape.”

England athletes are also likely to be in the shake-up for para medals, with Kim Daybell, Ross Wilson and Felicity Pickard all making their Commonwealth debut – a distinction they share with coach Marples, who said: “I’m very excited, it’s a great opportunity for me to work with the team and to coach Ross, Kim and Fliss in a major competition. I’m privileged to be part of Team England going out there.

“This will be my first major competition working in an official capacity. I went to Rio to watch as a spectator and that was just fantastic, witnessing Will (Bayley) and Rob (Davies) win their golds, and the team (Bayley, Wilson and Aaron McKibbin) win their bronze. I feel excited to be in that environment again.

“The guys that are going have good experience of playing major competitions, so we’ll work with them and set goals and what we want each player to achieve. We’ll have team and individual goals, but it also all accumulates for Team England.”

Meanwhile, 23-year-old Collier is relishing her chance on the WCIP. She has previous experience of a multi-sport event, having competed at the World University Games in South Korea in 2015, while a student at Nottingham Trent.

She said: “I’m excited. I wasn’t expecting this opportunity a few months ago and I’m really grateful for the initiative to promote female coaches in sport.

“I’m going to be shadowing Marcus, Marcus and Alan and developing my own experience as a coach at a big multi-sport event.

“Just being out there is an experience in itself, so I’m going to take as much as I can from it.”