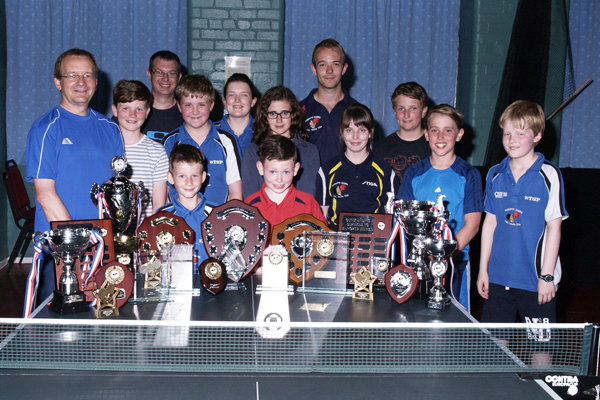 Yorkshire regional coach Sally Shutt was there to present the award for the highest ranked Haworth Hawks member, which went to youngster Joshua Poulsen, aged 10. Joshua was delighted to receive his honour in front of the 70 club members who attended. The other awards, sponsored by club officials and local businesses such as Custom Table Tennis, Cloud Free IT and Clubzz, were presented by Haworth Hawks’ senior coaches and committee members.

Organiser Adam McKay said: “The evening marks a huge stepping stone in the club’s history. It demonstrates how far we have come since 2007 and it’s also significant that so many juniors and their parents attended. It shows that table tennis is a growing sport among young people.”

The evening had a celebratory feel, with a big hamper full of goodies being raffled off, and some delicious food served after the award ceremony.  The other two organisers were Haworth Hawks committee members Doreen Yorke and Gaynor Kilminster.