Table tennis has been awarded £275,000 by UK Sport to support athletes with a genuine qualification opportunity to reach the Tokyo 2020 Olympics. 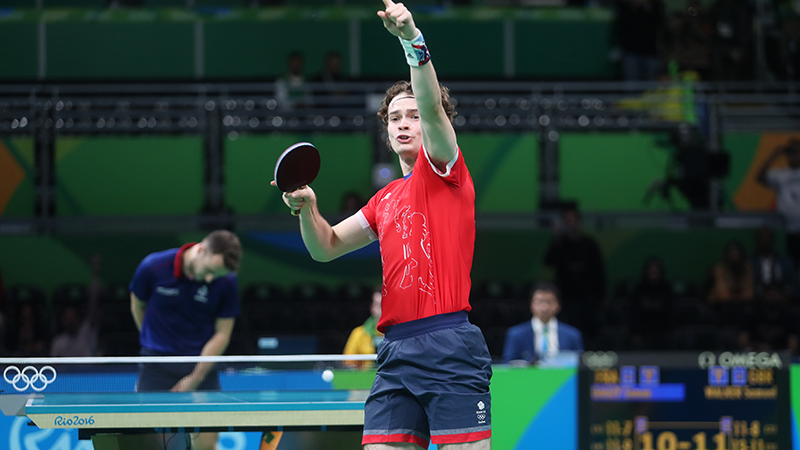 Table tennis has been awarded £275,000 by UK Sport to support athletes with a genuine qualification opportunity to reach the Tokyo 2020 Olympics.

The money comes from the £3 million Aspiration Fund, which UK Sport launched in October to allow sports not currently in receipt of full funding to develop plans to help teams and athletes qualify for Tokyo 2020.

Table Tennis England, on behalf of the British Table Tennis Federation, made a bid to the Aspiration Fund and was notified today that it had been successful. The money will be targeted to potential Team GB athletes in the run-up to the Tokyo games, including attending top-level events and financing coaching and sports science back-up.

The bid needed to show a credible case that qualification was on track and coupled with a social impact programme. The fact that our Team GB table tennis athletes already carry out several schools and community appearances inspiring others was considered very positive.

14 other sports have also received funding, including the new Olympic sports of surfing, skateboarding, softball and climbing.

Table Tennis England is one of 11 National Governing Bodies (NGBs) to have lobbied under the Every Sport Matters banner for unfunded sports to be given a guaranteed base level of funding to help them finance high-performance programmes aimed ultimately at qualifying and being competitive on the Olympic and Paralympic stage. Several of those sports have also received an award from the Aspiration Fund.

Chief Executive Sara Sutcliffe said: “This is great news, not just for table tennis but for all the other sports which have received funding, and the athletes they support.

“It provides clarity and certainty for the athletes, allowing them to put their full focus and energy into qualifying for the Tokyo 2020 Olympics.

“We will work with our athletes to invest the funding wisely to give them the best chance of delivering their best performances when it matters in the run-up to the Olympics and eventually at the Games themselves.

“We hope that UK Sport will see the positive impact of this fund and that baseline funding for performance programmes will become a feature of the funding principles through to Paris 2024 and beyond.”

Sara was this morning a guest on the BBC News Channel, where she was interviewed live about the award and the sport’s aspirations for Tokyo and beyond.