Rod Lewis has fought the most acute form of Obsessive-Compulsive Disorder (OCD) since he was a child. It left him virtually housebound for years but table tennis has been his salvation. 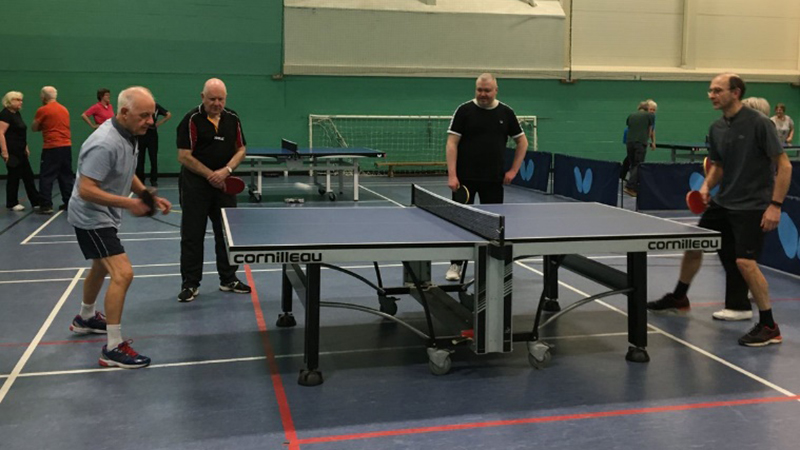 Rod Lewis has fought the most acute form of Obsessive-Compulsive Disorder (OCD) since he was a child. It left him virtually housebound for years but table tennis has been his salvation.

When OCD meant he left his job at Severn Trent Water at the age of 30 in 1995, Rod struggled to get out of the house until his latest return to the table tennis scene in 2016.

Now he wants to tell his story about finding coping mechanisms, with positive support, after helping Tudor Grange Leisure Centre in Solihull become the most successful Bat and Chat Club in the country.

He said: “I managed to keep the issue to myself from the outside world, but it used to take me hours to get ready because I could not cope without everything being spotlessly clean. I realised that when I was forced to give up work, I knew I would never return to my job.

“Getting back to playing table tennis has reversed my inactivity and although I am still overweight, my Tudor Grange Club project has got me out of my recliner.

“I am getting fitter and healthier all the time, participating regularly in the sport I love.”

The Tudor Grange Club started just over a year ago with the support of Solihull Active whose aim is to get everyone ‘More Active, More Often’.

Every Monday, the club operates for two hours and within a year, the mix of social interaction and sport has grown from using two tables to 12, with plans to keep expanding and developing its own competition.

Such is the success that the club now needs a rota system to cope with the numbers and next season they hope to play in the Birmingham & Solihull District League.

“The table tennis sessions have been the most successful of any sport ever at the leisure centre,” said Simon Jones, Manager of Tudor Grange Leisure Centre.

Rod added: “Next up there will be a Sunday practice session for all players in the near future. I see no reason why we won’t have a Solihull Open Tournament in the future, with other events and competitions in the pipeline.

“Shortly the club aims to move up to the next level by registering not only as a Premier Club providing top-class facilities for tournaments and coaching sessions, but also as an Ability Club supporting people with disabilities and illnesses.

“We need to take one step at a time and the future is exciting and who knows what we might achieve.”