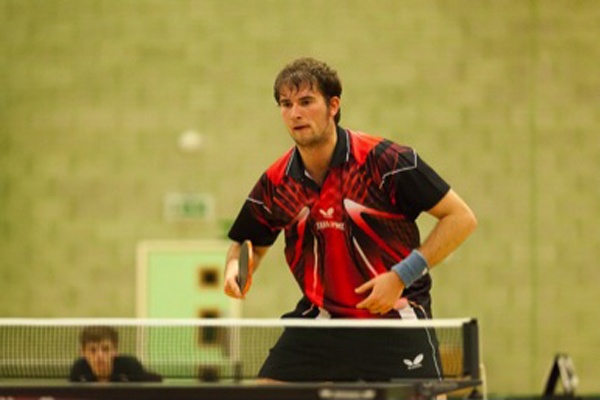 Last year’s runner up at the Sussex Open Chris Doran has now confirmed his entry to the Tees Sport K2 Sussex Open on the 20th & 21st July 2013 at the superb K2 venue in Crawley, Sussex.

After securing a silver medal in the Men’s doubles and team bronze at the Commonwealth games Chris Doran showed he was in good form at the London Grand Prix with a semi-final win over Ryan Jenkins the welsh no.1 and a close loss in the final 3-2 to Gavin Rumgay the Scottish no.1.

There are banded events for all standards so all players are welcome to play as well as the opportunity to watch the most talented players in the UK , including Liam Pitchford, Paul Drinkhall , Gavin Rumgay and Joanna Parker battle it out to win the Sussex title. Rumours are also circulating of the potential of some continental players throwing their hat in the ring.

Don’t miss this opportunity to support table tennis in the South of England at the prestigious K2 venue.