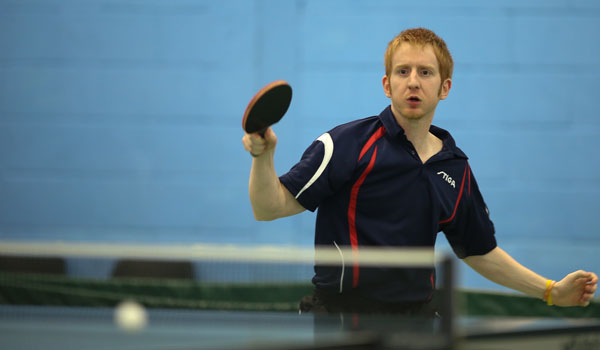 Table tennis fever is again with us for Sunday the 7th of April for the season’s third Britannia Suffolk Grand Prix – an ETTA ranking tournament with prize money attracting a number of the best players in Britain!

It is being held at the Britannia Table Tennis Club at Thurlston High School in Ipswich, Suffolk from 9:15am. We have had strong line-ups in the past but this one eclipses all previous GPs for strength in depth!

We have two International players including reigning GP King and Scottish number one Gavin Rumgay, who has yet to taste defeat in two season’s here, the number two seed will be Scottish number three player Niall Cameron who will be eager to beat his Scottish compatriot.

With both players off to the Commonwealth Championships in the next few weeks they will very much be using this as a platform for their preparations.

So far only one player has taken two legs off of Rumgay in two seasons and he returns as the number three seed, Nicholas Leung. Last year in their first encounter he led 2-1 and 9-8 before losing in a thriller, the crowd will be hoping he can reproduce that form!

The field is so strong that Paul Broxton and James Denyer are only a fourth ranked player in a group both of whom are capable of beating top 100 players. It will be four groups of seven players then four banded events for final placings determined on where players finish in their groups.

The seeding draw will take place at the Britannia dome this Thursday the 4th of April. With decent prize money available and many good players in a fantastic setting spectators are welcome and admission is free!