The funeral service for Steve Welch, one of England’s most respected officials of recent years, will take place in Hull later this month. 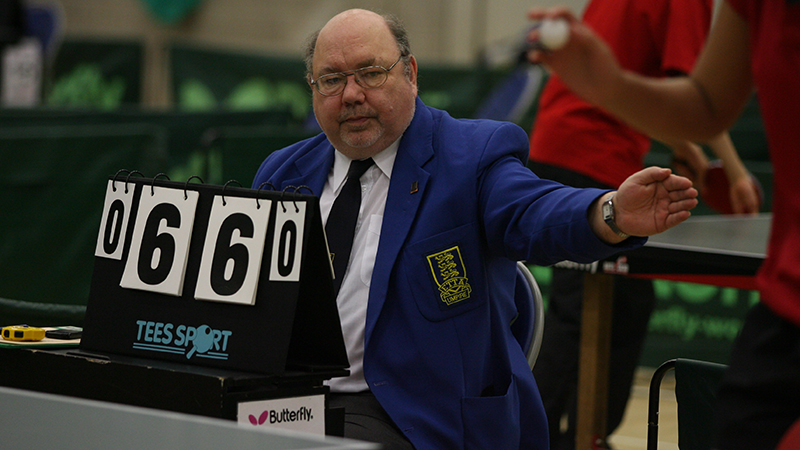 The funeral service for Steve Welch, one of England’s most respected officials of recent years, will take place in Hull later this month.

The service for Steve, who passed away over Easter after a short illness, will be on Wednesday April 18th at 10.30am at Chanterlands Crematorium in Chanterlands Avenue (HU5 4EF) and afterwards at the adjacent Hull Sports Centre.

Family flowers only, but donations are welcome to Ward 14 at Castle Hill Hospital in Hull, where Steve was cared for. A collection will be taken at the service.

Refreshments will be available from the table tennis centre (within Hull Sports Centre) between 9am and 10am. Parking is available at the Sports Centre and there is a pathway to the crematorium next door.

Steve had a long list of achievements and appointments in the sport, including Deputy Referee at both the 2008 Beijing Olympics and 2012 London Paralympics.

Competitors at the Jersey Grand Prix honoured Steve with a minute’s silence at the weekend and numerous tributes have been posted on Facebook, including from Jersey referee Steve Smith, who said: “I was honoured to have him mentor me at a number of tournaments we refereed together. A true gent who will be sorely missed by so many people.”

Fellow official Dave Cochrane added: “Steve was a first class referee and was a people person who got on with everyone. He mentored me a lot with refereeing. A very good friend gone and a huge loss to the sport.”