There were a few upsets in the group stages of the PG Mutual National Championships as the players battled to make it through to the knockout rounds and a chance to topple a seed. 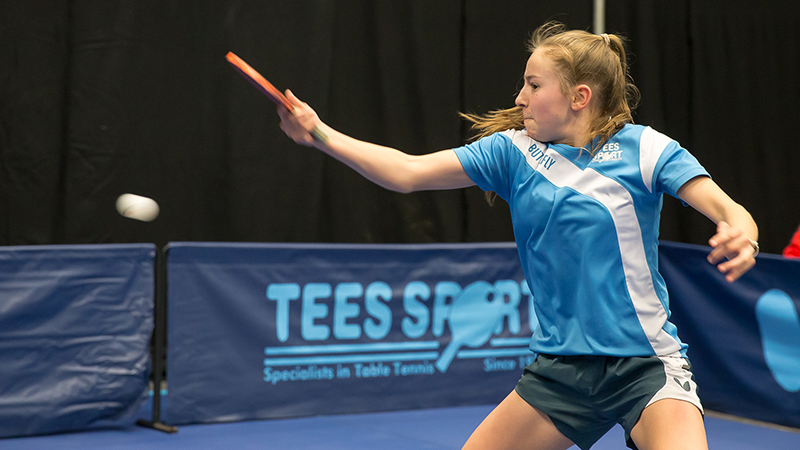 There were a few upsets in the group stages of the PG Mutual National Championships as the players battled to make it through to the knockout rounds and a chance to topple a seed.

Click here to visit the event homepage, for all the day’s results and tomorrow’s schedule

Two groups saw the winner qualify through countback, with all three players winning one match each amid some high-tension games.

Group 5’s top seed, Joe Cope, qualified in comfortable fashion with a straight game win over Israel Awolaja (11-5, 11-7, 11-4). He also beat para player Ashley Facey-Thompson who is competing in both the para and able-bodied events.

Shayan Siraj had a tough five-game match with Graeme Barella as he topped group 6. After easing passed 14-year-old Rhys Davies, Siraj had to be at his best to beat Barella. After a marathon first game, which Siraj took 15-13, the match saw plenty of momentum swings – the final score 15-13, 4-11, 11-6, 7-11, 11-4. Siraj plays top seed Liam Pitchford in the next round.

Three players came through from second seeding in their groups to take their places in the main draw – Jasmin Wong, Rachel Baker and Darcie Proud.

Baker in particular did it the hard way against Letitia McMullan. After both defeated Medha Verma, McMullan opened up a 2-0 lead in the decider, only for Baker to overturn the deficit and win 11-9 in the decider. Her reward is a first-round tie against Lois Peake, with the winner of that to meet top seed Tin-Tin Ho.

Wong got ahead of Group 4’s top-ranked player Gauri Duhan thanks to a 3-0 (9, 6, 5) success, both girls having previously accounted for Charlotte Weatherby. Wong now meets Emily Bolton.

Meanwhile, top-ranked Evie Collier was relieved to get through Group 3 when all the player picked up a victory each. No 3 in the group, Millie Rogove, started like lightning against Anaya Patel, moving 2-0 ahead for the loss on only five points. Patel came back to level but Rogove took the decider 11-8.

Collier then saw off Rogove in three straight, which proved to be the decisive result as it was enough to see her through on countback and into a match against Hannah Hicks, despite a 3-2 reverse to Patel. In that match, it was the youngster who built up the 2-0 lead and then won the decider after Collier had fought back to level.

So only two of the groups were won outright by the top seeds – Emma Vickers coming through against Ruby Chan and Lisa Rinnhofer and Megan Gidney without dropping a game against Tiana Dennison and Georgia Harris. Vickers will play Denise Payet and Gidney faces Mollie Patterson in tomorrow’s first round, with the winner of that latter tie to face Maria Tsaptsinos in the quarters.