Simon Heaps is ready for a 24-hour table tennis marathon to help fund his dream of competing in para table tennis at the 2022 Commonwealth Games in Birmingham. 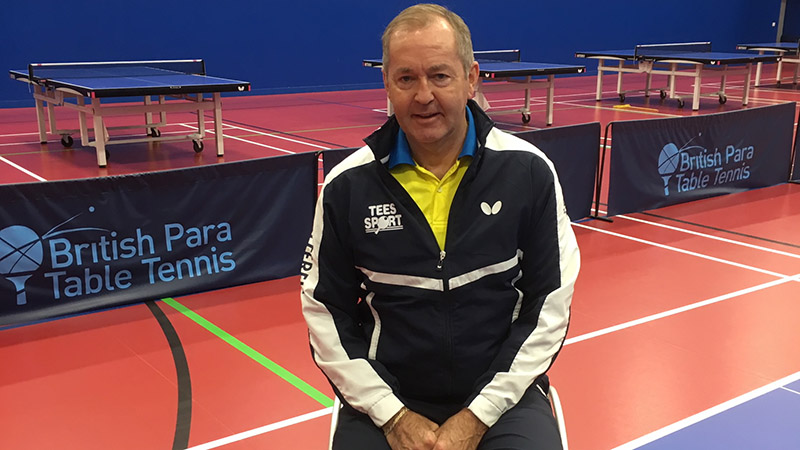 Simon Heaps is ready for a 24-hour table tennis marathon to help fund his dream of competing in para table tennis at the 2022 Commonwealth Games in Birmingham.

Former England international Simon, who lost a leg to diabetes last year, has transitioned to the para ranks and made his international debut at the ITTF Para Copa Costa Rica in December.

Further tournament appearances have been curtailed by the pandemic, but he is planning to get back on the competition trail as soon as the international circuit resumes, so that he can secure as many ranking points as possible.

As Simon is not part of the funded British Para Table Tennis performance pathway, he will have to self-fund his international appearances as he bids to get into the top two athletes in England in the Class 5 categorisation and open up a potential place in the Games squad.

Simon, a member of Waterside TTC in Southampton, said: “It’s achievable but not taken for granted because there are other people above me. But I’ve got enough time to do it if I play well enough. There’s a lot of hard work to be done.

“I’ve got to rely on my own funding and I’m building up funds so that when the calendar gets switched back on, I will be in a position to be able to go to tournaments around the world.

“If I go and don’t get the points, then at least I have failed trying. But if I don’t go, then I can’t get any points.”

The 24-hour marathon will take place at The Grange School in Christchurch over the weekend of October 24 and 25. As that is the weekends when the clocks go back, the event will start at 6pm on the Saturday and finish at 5pm on the Sunday – therefore still lasting 24 hours.

A team of eight players will take part, including Simon himself and others with an age range of 11 to 67 and will all look the part in matching sponsored shirts. The event was previously scheduled to be held over Easter but was delayed by the pandemic restrictions.

65-year-old Simon, who was European Cadet Champion in 1970, said: “I’ve had permission from the school to go ahead now. Previously, I was going to have 40 or 50 people coming in, but now we’re only having eight people in two bubbles of four and they’re all going to play for the full 24 hours.

“We’re going to be doing lots of fun stuff, like playing in wheelchairs, left-handed or with frying pans and so on, just to break up the competitive play.”

Anyone who wishes to make a donation can do so at Simon’s GoFundMe page or can contact him to pledge an amount which they can pay after he has completed the event. Simon can be contacted at [email protected], 7710 354640 or via Facebook.