Simon Heaps and friends have completed their 24-hour table tennis marathon to raise money to help meet the former England international’s costs as he bids to reach Commonwealth Games. 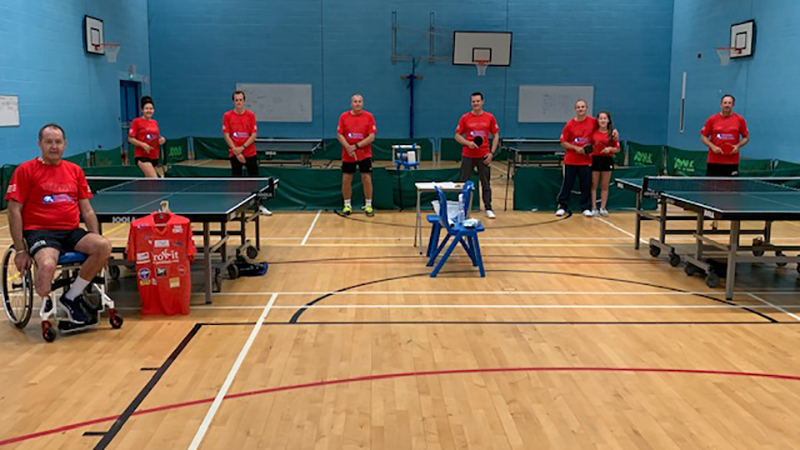 Simon Heaps and friends have completed their 24-hour table tennis marathon to raise money to help meet the former England international’s costs as he bids to reach Commonwealth Games.

A total of eight players, ranging in age from 11 to 73, completed the challenge at The Grange School in Christchurch in covid-safe conditions in two bubbles of four.

Simon, 65, who lost a leg to diabetes last year and now competes in the para ranks, said: “It was very tough for us all, both physically and mentally, but we rallied around each other and completed the marathon.

“Great fun was had by all as they were challenged by playing with hard bats, frying pans, their opposite hand, pen hold grip, ping pong and of course playing in a wheelchair. They passed all tests with flying colours.

“Special mention to 11-year-old Hungarian starlet Sophie Barcsai and also to 73-year-old Alan Wood. Everyone was a hero though, so thank you to Ali Pearson, Paul Nixon, Laszlo Barcsai, Sorin Lakatos and Trudy Martin.

“But ultimately special thanks must go to everybody who has supported this marathon not only financially but with the many, many words of support that we all received. These words of encouragement spurred us all on.”

Simon is raising money to self-fund international appearances as he bids to get into the top two athletes in England in the Class 5 categorisation and open up a potential place in the England squad for the Birmingham 2022 Games. Anyone who wishes to make a donation can do so at Simon’s GoFundMe page