A medal was not to be, but Liam Pitchford & Paul Drinkhall can hold their heads high after going out in the quarter-finals of the World Championships in Houston. 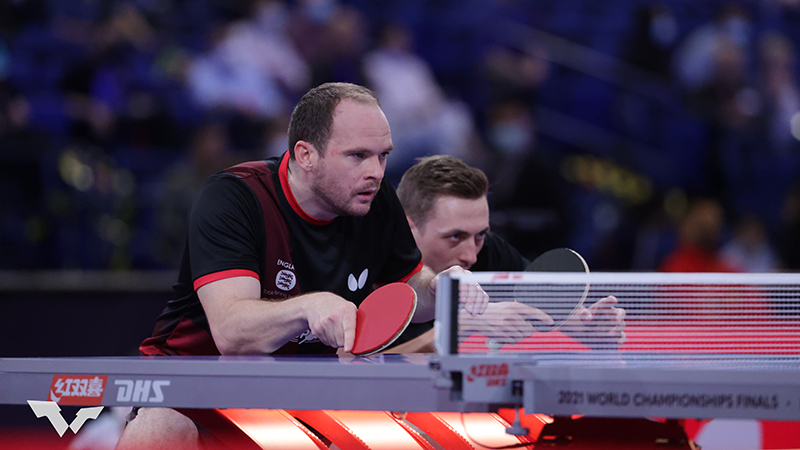 A medal was not to be, but Liam Pitchford & Paul Drinkhall can hold their heads high after going out in the quarter-finals of the World Championships in Houston.

Up against Shunsuke Togami & Yukiya Uda, the Japanese second seeds, both pairs knew that victory would guarantee a least a bronze medal. If that was pressure, neither pair showed it and, until Japan finally took control in the fourth game, it could have gone either way.

Pitchford & Drinkhall started more slowly and were always chasing the first game, though not by much. The first time they took the lead was at 10-9 but unfortunately they could not convert the game point – and their opponents took the next two as well to put the first game on the board.

Another slow English start in the second saw them 6-1 and then 10-4 down. So the fact they won the game 12-10, via a Japanese timeout at 10-7, speaks volumes for their resilience and ability.

So, when they were merely 10-7 down in the third, could we expect another comeback? Of course – though this time, having clawed it back to 10-10, they could not complete the job and the game went Japan’s way by a third successive 12-10 scoreline.

Japan again started the quicker in the fourth, prompting the English timeout at 4-2 down. But this time there was no comeback as Japan, sensing their moment, ruthlessly went on the attack.

There were still two or three brilliant English winners, but Togami & Uda were not for knocking off course and duly completed an 11-5 victory.