Search is on for the Pride of our sport!

Table tennis is renowned as a sport that anyone can play – and our Pride of Table Tennis Awards initiative is looking for someone who captures that spirit of inclusivity. 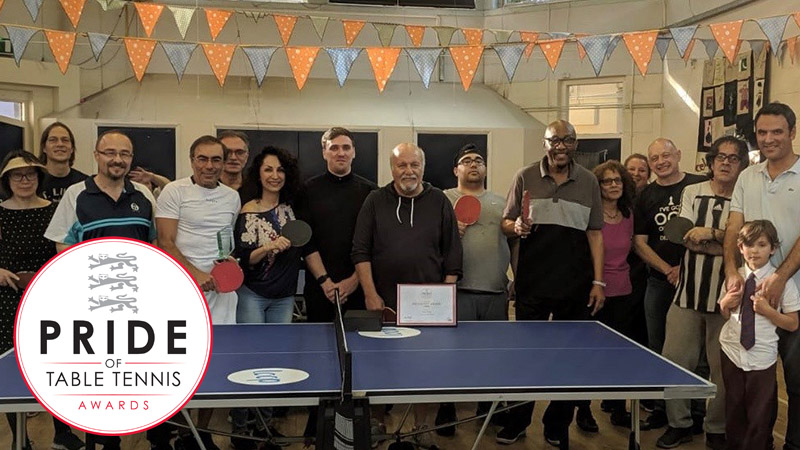 Table tennis is renowned as a sport that anyone can play – and our Pride of Table Tennis Awards initiative is looking for someone who captures that spirit of inclusivity.

We are looking for nominations in the Inclusivity Award category for an individual or organisation who has made a significant impact over the last 12 months.

The award is given to an individual or organisation for outstanding volunteering with underrepresented groups, including BAME, women and girls and people with disabilities, in table tennis – someone like Hassan Ahmadi, who won the award in 2019.

Hassan, a volunteer at the Abbey Community Centre in the London Borough of Camden, was recognised for his work within the area where ‘social isolation, poor physical health and financial disadvantage affect many in the diverse community’.

He had been running table tennis session for nearly two years, having completed a coaching qualification with Table Tennis England, and helps set-up and run tournaments as part of its Neighbours2Friends programme. The programme aims to bring together people from two local housing estates using fun and inclusive activities. Many attendees come from disadvantaged or BAME backgrounds.

Hassan also supported community events, such as a table-tennis pop-up outside the local library, to help recruit more members to the club and to the community centre itself.

If you know someone who has made similar efforts to get underrepresented groups into table tennis, now is the time to nominate them.

We are also seeking nominations for our Partner of the Year award, which goes to a partner organisation which has gone ‘above and beyond’ in their support and work with table tennis over the past 12 months.

Any table tennis club or league can nominate a partner of the year, which could be a business, charity or any other organisation that may have supported and helped contribute to the success of table tennis.

Last year’s winner was Jones Lang LaSalle (JLL), who have supported Table Tennis England’s Ping Pong Parlour project since its inception in 2017 and have been instrumental in its success.

Ping Pong Parlours are ‘pop-up spaces’ (usually empty shop units) filed with table tennis tables to provide a fun, accessible venue for passers-by to play ping pong for free. Due to JLL’s support, more than 50 Ping Pong Parlours have opened since summer 2017, with eight of those being in JLL centres.

Jack Grundy, Programmes Activator for Table Tennis England said: “These parlours have helped engage thousands of people in our great game, and have the ability to attract the hardest to reach groups in physical activity.”

Click here to nominate your Partner of the Year