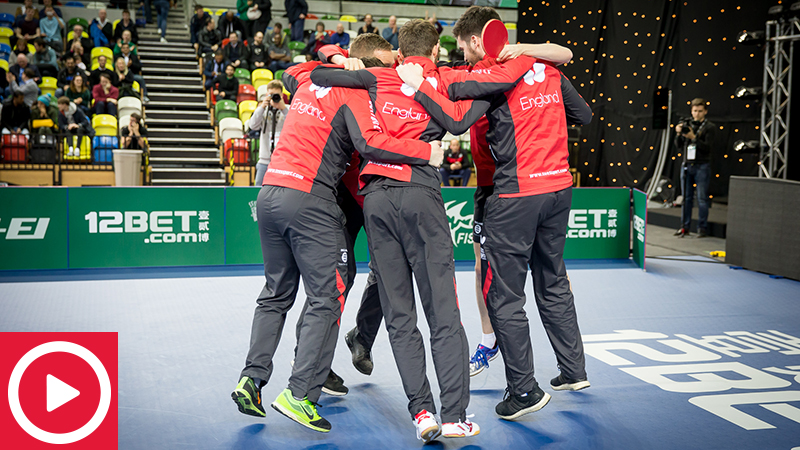 It’s fair to say the ITTF Team World Cup ‘rocked the box’, with thousands of spectators thrilling to the skills of the best players in the world – and of course cheering an England bronze medal too!

The Copper Box Arena, the ‘Box That Rocks’ from the London 2012 Olympics and Paralympics was the setting as England’s trio of Liam Pitchford, Paul Drinkhall and Sam Walker once again proved they could mix it on the biggest stage.

The action was shown live on the BBC Sport website and app, as well as being broadcast to more than 100 countries around the world.

Our video takes a look back at England’s journey to the semi-finals and that famous meeting with eventual champions China.

You can see pictures from the tournament – at which England were wearing their new Butterfly kit for the first time – on our Flickr page by clicking here.

China and Japan women on target for final

Zhendong is a fan of Pitchford